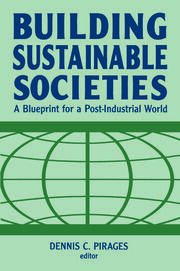 A collection of articles addressing the issue of whether the industrial model of human progress can be sustained in the long term. It asks what the social, political, economic and environmental implications as well as potential solutions to the problem of resource-intensive growth are.

International intervention in internal wars has gained rhetorical legitimacy in the post-cold war period, but in practice it has remained problematic. Response to these conflicts has remained mainly diplomatic and military - and belated. Is there anything international actors can do to prevent, or at least ameliorate, such conflicts? Are conflict-prevention measures already being attempted, and sometimes succeeding so well that we are unaware of their effectiveness? If so, what can we learn from them? In this book, Robert J. Muscat, a veteran international development expert who has worked in South America, South and Southeast Asia, East Africa, and the Balkans, attempts to answer these questions. Drawing on the work of others as well as his own extensive experience, he reviews the accrued insights into the causes of internal conflict. He examines nine cases in which the work of development agencies exacerbated or ameliorated the root causes of conflict. This permits some generalizations about the efficacy or deleterious effects of development programs - and of their futility when the conflict-prevention dimension of international assistance efforts is ignored.