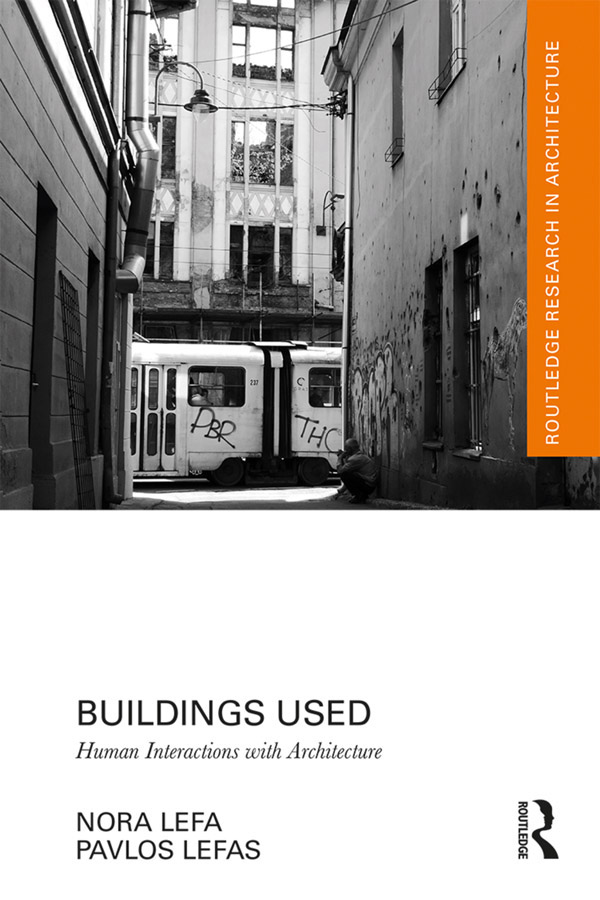 Buildings Used takes the reader on an exploration into the impact of use on buildings and users. While most histories and theories of architecture focus on a building’s conception, design, and realization, this book argues that its identity is formed after its completion through use; and that the cultural and psychological effects of its use on those inhabiting it are profound. Across eight investigative chapters, authors Nora Lefa and Pavlos Lefas propose that use should not be understood merely as function. Instead, this book argues that we also use buildings by creating, destroying or appropriating them, and discusses a series of philosophical, cultural and design issues related to use. Buildings Used would appeal to students and scholars in architectural theory, history and cultural studies.

Part I: Use as function

Part II: Use as attitude

Nora Lefa, MSc, MA, PhD, is an architect and visual artist. She is an Adjunct Lecturer at the School of Architecture, University of Sarajevo.