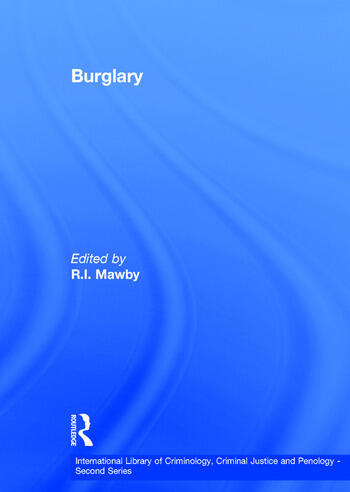 Burglary is a high-volume crime that impacts upon the general public and, particularly, on those who are victimised. This selection of readings addresses both the nature of burglary and policies directed against it. Articles from Britain, the US and across the world, describe and explain the crime and why offenders choose to commit it and provide a critical overview of programmes that have been implemented to reduce burglary and its impact.