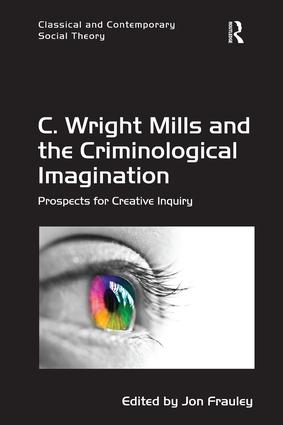 "The book asks important questions, which are also relevant to others fields…I highly recommend

this book for all criminologists and social scientists."

Jon Frauley is Associate Professor of Criminology at the University of Ottawa, Canada. He is the author of numerous articles and book chapters, including Criminology, Deviance and the Silver Screen: The Fictional Reality and the Criminological Imagination and co-editor of Critical Realism and the Social Sciences: Heterodox Elaborations.