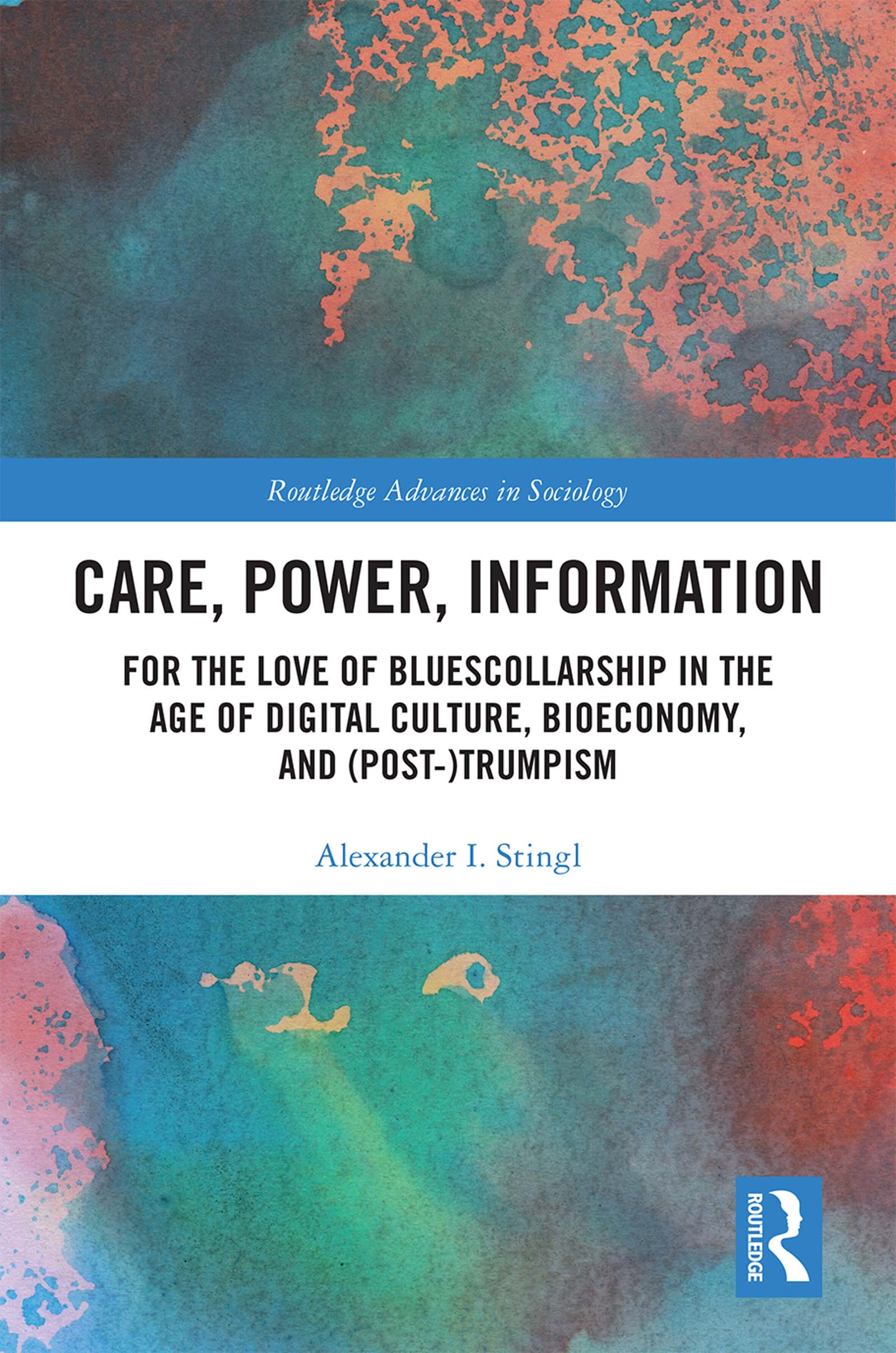 For the Love of BluesCollarship in the Age of Digital Culture, Bioeconomy, and (Post-)Trumpism, 1st Edition

This book is a critique and provincialization of Western social science and Global Northern academia, by the author of The Digital Coloniality of Power. It exposes shared colonial and extractive rationalities and histories of research, higher education, digitalization, and bioeconomy while proposing in the idea of BluesCollarship, a sketch for an alternative culture of worlding and commoning knowledge work and for making care matter in research and higher education.

In a discourse analysis and provincialization of research and higher education, a tradition of elitist White-Collaredness in academia and in the social sciences, in particular, is criticized, and an alternative attitude towards the production, transfer, and use of knowledge – BluesCollarship – is proposed. The latter is rooted in a different idea of what "infrastructure" is, and in practices of decoloniality. Noting the current political climate of propaganda and populism, the persistence of social inequalities as well as of racism and misogyny, it is proposed that how people give warrant for knowledge claims should be reviewed under different terms. A coherent theme is that there is a genealogical root for current neo-extractive and neo-colonial rationalities in the Athenian idea of oikos, which conflates family, household, and property.

In taking a distinctly writerly approach – rather than giving ready-made answers – the book aims at permanently provoking readers at every turn to think further, as well as before-and-beyond what is written, but to do so in thinking together with Others. Thus the book addresses scholars and students from across the social sciences who seek challenges to established ways of thinking in academia without simply replacing one canon for another. This book is for those who think of themselves as knowledge and culture laborers in this age of precarization, who seek to replace the university and cognitive capitalism with a pluriversity and an infrastructure built on knowledge and culture as fundamental values.

PART A: (As in a priori) – Of Mythonauts and Mythophants

Introduction (or, rather: hors d’oeuvre hors-texte): Against “White Collar” Sociology

PART B: (As in Belonging and Being) – Under the Spell of a Myth: Oikos as Operating System

4. Remanence of the Oikos in the FQu Economy and Digital Coloniality

6. The Emergence of Green Precarity: Bioeconomies as Technological Zones in the Imaginary of the Global Rural-Urban Matrix

PART C: (As in Creative Misunderstanding, Care, and Commoning) – Contact Zones and Imaginaries as Permeable Borders of Empirical Arenas on the Road toward BluesCollarship

7. Nomadic Statehood: Toward a Theory of the Question “When are States”?

8. Covfefe that Matters: Toward a Different Sociological Imagination

9. Making Trouble in, for, and with “The Canon” – Toward a Sociology of Possibilities

Alexander I. Stingl is a WIRL-CoFund Fellow at the Institute for Advanced Studies and Centre for Interdisciplinary Methodologies at the University of Warwick. He is the author of The Digital Coloniality of Power.