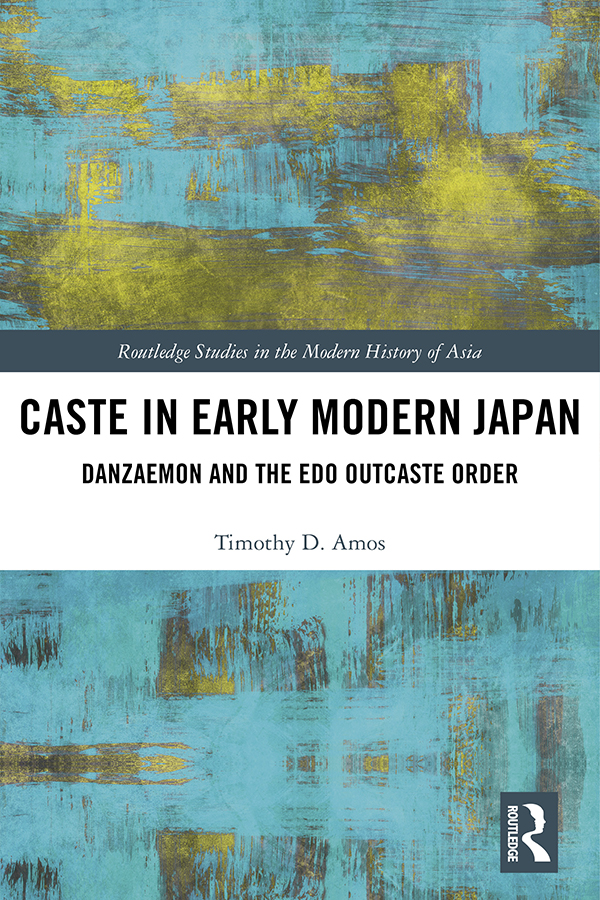 "Caste", a word normally used in relation to the Indian subcontinent, is rarely associated with Japan in contemporary scholarship. This has not always been the case, and the term was often used among earlier generations of scholars, who introduced the Buraku problem to Western audiences. Amos argues that time for reappraisal is well overdue and that a combination of ideas, beliefs, and practices rooted in Confucian, Buddhist, Shinto, and military traditions were brought together from the late 16th century in ways that influenced the development of institutions and social structures on the Japanese archipelago. These influences brought the social structures closer in form and substance to certain caste formations found in the Indian subcontinent during the same period.

Specifically, Amos analyses the evolution of the so-called Danzaemon outcaste order. This order was a 17th century caste configuration produced as a consequence of early modern Tokugawa rulers’ decisions to engage in a state-building project rooted in military logic and built on the back of existing manorial and tribal-class arrangements. He further examines the history behind the primary duties expected of outcastes within the Danzaemon order: notably execution and policing, as well as leather procurement. Reinterpreting Japan as a caste society, this book propels us to engage in fuller comparisons of how outcaste communities’ histories and challenges have diverged and converged over time and space, and to consider how better to eradicate discrimination based on caste logic.

This book will appeal to anyone interested in Japanese History, Culture and Society.

CHAPTER 3 THE IDEOLOGICAL CONSTRUCTION OF ETA

CHAPTER 4 DANZAEMON AND THE POLITICAL ECONOMY OF CRUCIFIXION

CHAPTER 5 ETA GOVERNANCE, HININ, AND POLICING OF THE POOR

Timothy D. Amos is Associate Professor in the Department of Japanese Studies, National University of Singapore.