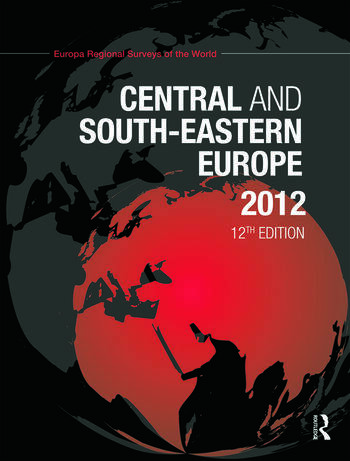 A comprehensive survey of the countries and territories of Central and South-Eastern Europe, incorporating the latest economic and socio-political developments.

Latest events in the region are profiled and new analytical content added for 2012, including:

Detailed individual chapters for each country include information on physical and social geography; a chronology; essays on the political history and economic affairs; and a statistical survey. Each chapter also includes a comprehensive directory of names, addresses, and other contact details, together with information on: the Constitution, national and local government, the election commission, political organizations, diplomatic representation, the judicial system, religion, the media, finance, telecommunications, trade and industry (including major companies), transport, tourism, culture, social welfare, the environment, defence and education. There is also a select bibliography.

Who's Who in Central and South-Eastern Europe

Biographical details on more than 175 of the region's leading political figures.

Detailed information on selected regional and international organizations; a list of research institutes; and select bibliographies of both books and periodicals.

'This is an impressive reference work providing an impartial and invaluable guide to the politics, economy and history of the region.' - European Access Plus