Challenging Euro-America's Politics of Identity
The Return of the Native 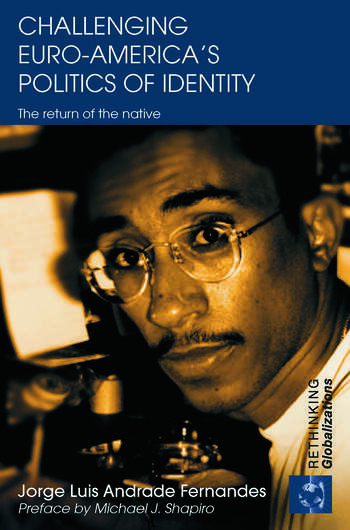 Challenging Euro-America's Politics of Identity: The Return of the Native

In this fascinating book, Jorge Luis Andrade Fernandes critically examines the impact of colonialism and postcolonial migration on the politics and identity of Euro-American imperial powers.

It considers how ‘outsiders’ are part of the construction of the ‘native’ identity of the nation-state, and also how they challenge its essential coherence when they ‘return’ to the centre in our increasingly globalized world. Engaging in a theoretically-motivated discussion of a range of sources (film, fiction, political theory and state policy); the volume traces the nomadic movement of bodies across national frontiers, helping us to question any natural link between nation-states and identities, and between places and peoples. This is not merely a theoretical problem, as Fernandes relates it to the very current crisis of nativistic / multicultural identity in the West. He examines how politics takes shape in transnational social and cultural encounters, and how this new politics is not just about containing aliens, but also contains fruitful possibilities for different modes of being.

Preface by Michael J. Shapiro  1. Introduction  2. "Forget the Alamo!": An Eulogy for Caliban  3. Can the Postcolonial be Cosmopolitan?  4. Ebola Takes to the Road: Mobilizing Viruses in Defense of the Nation-State  5. Of Multicolored Ghosts and Polyglot Avatars: The Restructuring of the Post-Colonial Discursive Space in Amitav Ghosh’s The Calcutta Chromosome  6. "Fuzzy Aggregates": The Fractal Politics of Migrancy  References  Index

Jorge Luis Andrade Fernandes was an Assistant Professor of Ethnic Studies at Bowling Green State University, USA, before he died in 2004.

Preface by Michael J. Shapiro, Professor of Political Science at the University of Hawaii, USA.

"Jorge Luis Andrade Fernandes has produced a profound work of scholarship on the question of late-modern nations and their others. Few have approached the issues of difference, migrants, and global identity with such deftness and insight. Recasting the 'West' as a node in a 'network of migrancy', Fernandes has provided a novel understanding that will especially benefit audiences in politics, international relations and geography."

"Jorge Fernandes is an ‘angry young man’ of post-colonial studies. One might not always agree with his penchant for lines of flight at the expense of practices of re-territorialization, but one can’t but admire his impassionate, take no prisoners prose. Whether in his engagement with monolingualism, immunity discourse or ‘being at home’ generally, for Fernandes the native returns not as a haunting specter but as a cipher figure that tells us that identity and belonging have always been resolutely nomadic."

"In this erudite work Jorge Fernandes moves with dazzling and seemingly effortless grace through the postcolonial novel, political philosophy, debates over immigration and contagious disease, the lures of cosmopolitanism, the genres of detective fiction and western film, and various other fraught arenas. Throughout, Fernandes hews to a Sycorax-ian line of flight that disturbs and unsettles ongoing efforts to contain and solidify – via appeals to security, the canon, and a fictive Euro-American identity - our restlessly mobile and diasporic world. His luminous exposition of the anxieties that inform the futile quest for political and epistemic certitude represents an ethical and timely intervention – and opens up the space for a different and more convivial imagination. The incandescent brilliance of this book forever secures Fernandes’ place amongst the leading intellects of our time."