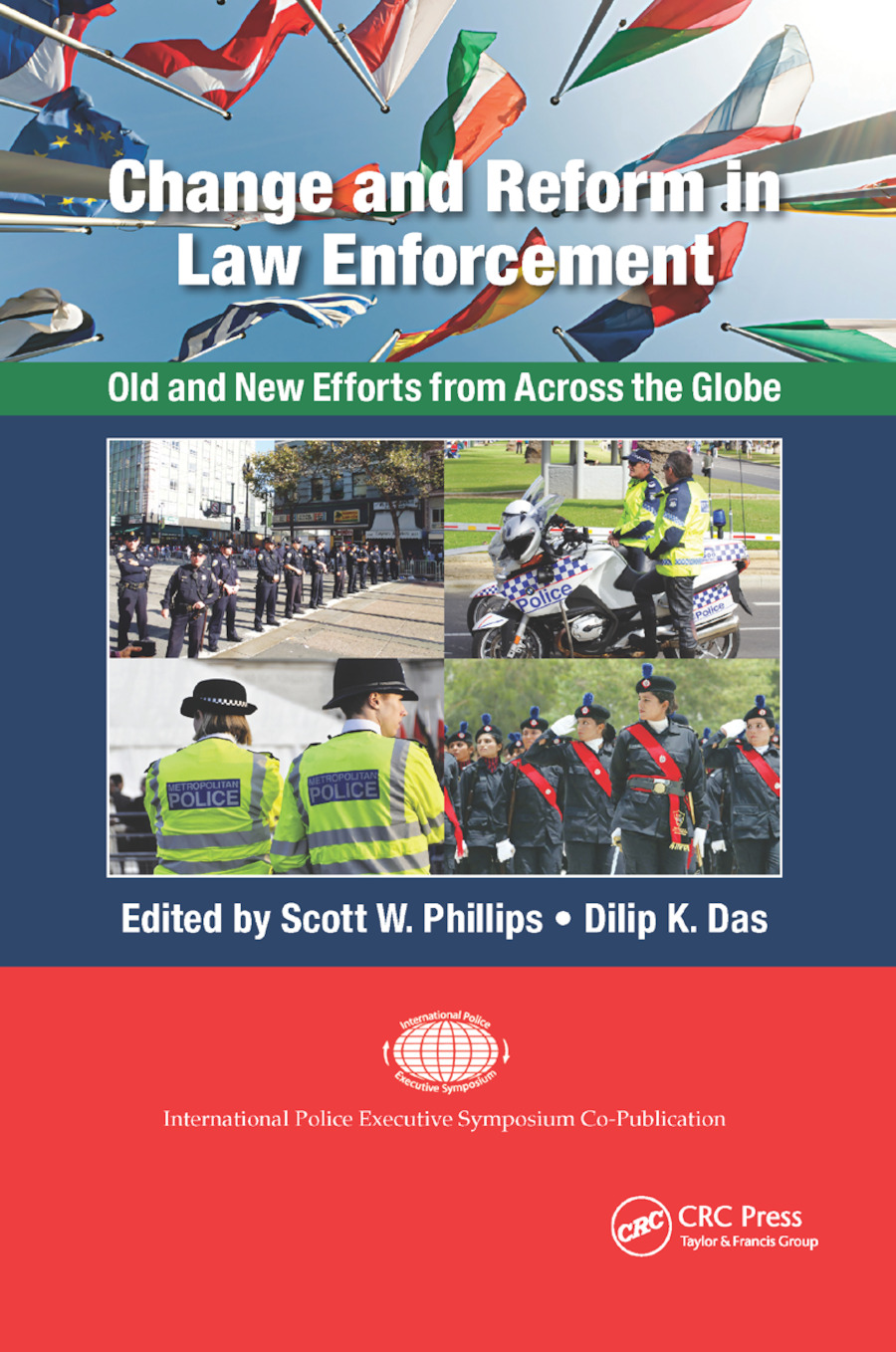 Change and Reform in Law Enforcement

Old and New Efforts from Across the Globe, 1st Edition

This book provides broad exposure to a variety of policing reforms that have not received adequate attention. It includes information and examples from different countries regarding efforts to change aspects of policing that are problematic or involve changes in the way crimes are committed. Some of the efforts to improve the police are relatively recent (i.e., using social media) and some areas of policing that seem to require frequent attention (i.e., working with the public).

2. Indian Police Training Institutions, Universities, and Other Stakeholder Partnerships: Toward a Matrix Model for Better Policing

3. Downsizing to a College-Educated Police Force

Section II: Policing and the Public

4. Correlates of Citizen Trust in the Ghanaian Police: A Regional Study

6. Reengineering the Delivery of Police Services: The Decision to Change Utilizing a Problem-Solving Model

8. Opposing Perspectives of Policing in Pakistan and Implications for Reform

Section III: Past and Contemporary Changes in Policing

9. Assessing the Current Status of Women in Policing: The Presence of the Past

10. Police Downsizing and Change Processes in Northern Ireland: Retired Police Officers' Views on the Implementation of the Patten Report on Policing

Dilip K. Das is a professor of criminal justice, former police chief, founding editor-in-chief of Police Practice and Research: An International Journal, and a human rights consultant to the United Nations. Das served in the Indian Police Service for 14 years. In 1994, he founded the International Police Executive Symposium (IPES), which enjoys special consultative status in the United Nations. He has authored, edited, and coedited more than 30 books and numerous articles. He is editor-in-chief of two book series, Advances in Police Theory and Practice and Interviews with Global Leaders in Policing, Courts, and Prisons. Das has received several faculty excellence awards and is a Distinguished Faculty Lecturer.