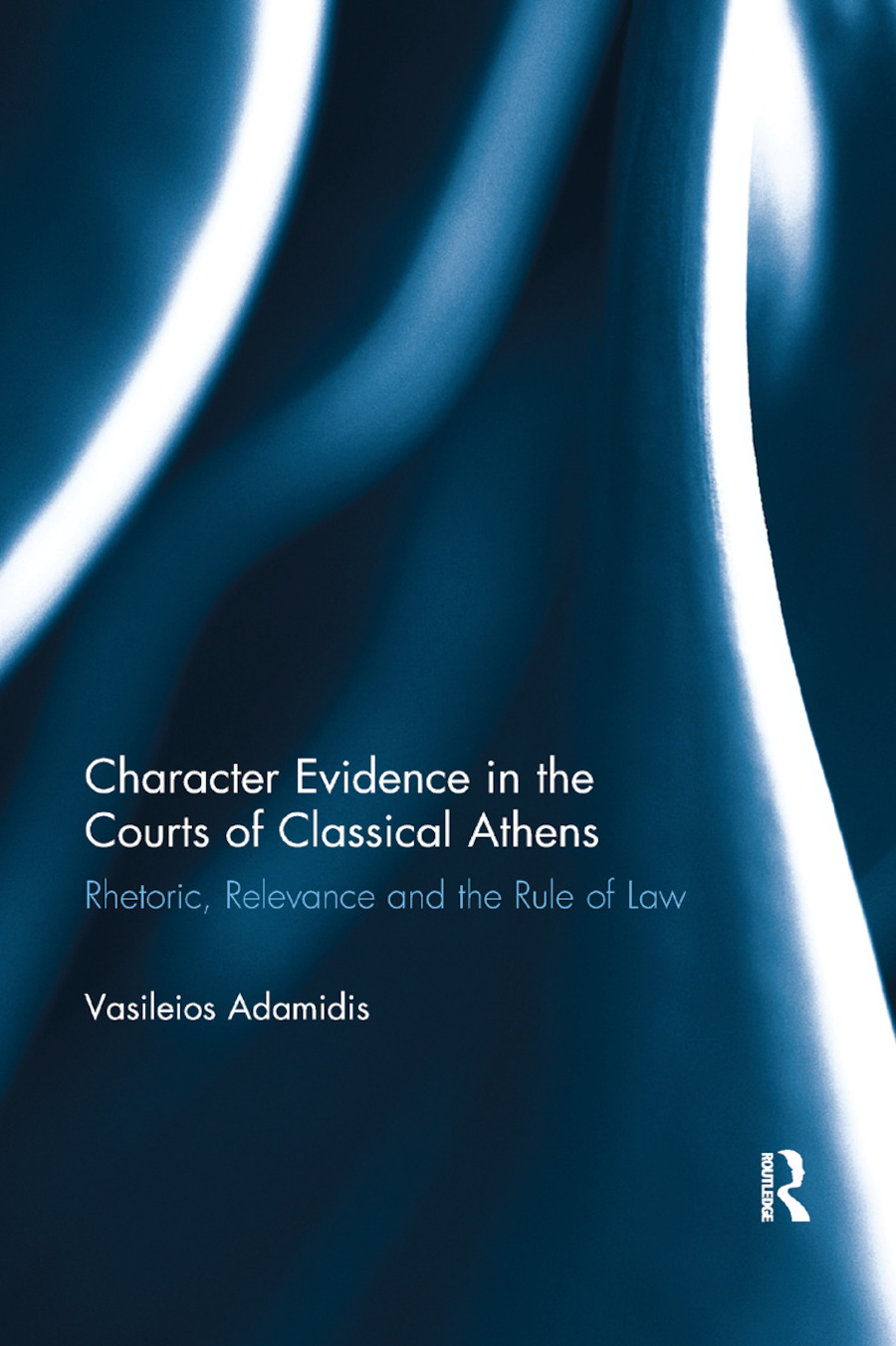 Character Evidence in the Courts of Classical Athens

Rhetoric, Relevance and the Rule of Law, 1st Edition

There has been much debate in scholarship over the factors determining the outcome of legal hearings in classical Athens. Specifically, there is divergence regarding the extent to which judicial panels were influenced by non-legal considerations in addition to, or even instead of, questions of law. Ancient rhetorical theory and practice devoted much attention to character and it is this aspect of Athenian law which forms the focus of this book. Close analysis of the dispute-resolution passages in ancient Greek literature reveals striking similarities with the rhetoric of litigants in the Athenian courts and thus helps to shed light on the function of the courts and the fundamental nature of Athenian law. The widespread use of character evidence in every aspect of argumentation can be traced to the Greek ideas of ‘character’ and ‘personality’, the inductive method of reasoning, and the social, political and institutional structures of the ancient Greek polis. According to the author’s proposed method of interpretation, character evidence was not a means of diverting the jury’s attention away from the legal issues; instead, it was a constructive and relevant way of developing a legal argument.

1. The Archaic Origins of Character Evidence: From Homer to Classical Athens

2. Incentives for Wide Use of Character Evidence in the Athenian Legal System

4. Methods of Providing Evidence from Character in Athenian Courts

5. Greek Perceptions of ‘Personality’ Applied in the Athenian Courts

6. Purposes of Character Evidence in the Courts of Athens – Predominance of Law or Rhetoric?

Vasileios Adamidis is a Lecturer / Senior Lecturer at Nottingham Law School at Nottingham Trent University. He holds a Doctorate in Law from the University of Exeter and a Master’s Degree in International Law with International Relations from the University of Kent. With a keen interest in the theory, history and philosophy of law and its relation with politics, sociology and psychology, Vasileios is a proponent of the interconnection of the currently unduly fragmented social sciences.