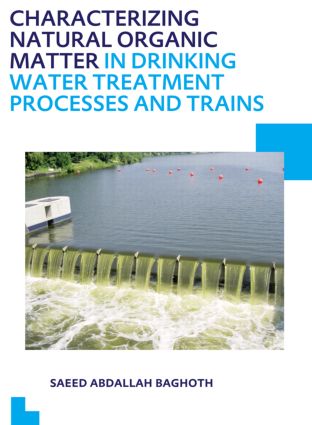 Natural organic matter (NOM) generally significantly influences water treatment processes such as coagulation, oxidation, adsorption, and membrane filtration. In addition to aesthetic problems such as colour, taste and odour, NOM also contributes to the fouling of filtration membranes, serves as a precursor for disinfection by-products (DBPs) of health concern during disinfection/oxidation processes, increases the exhaustion and usage rate of activated carbon and may promote microbial growth in water distribution networks. The efficiency of drinking water treatment is affected by both the amount and composition of NOM. Proper NOM characterization enables the targeting of the problematic NOM fractions for removal and transformation. However, the characterization methods used are often laborious, time consuming and may involve extensive sample pre-treatment.

High performance size exclusion chromatography and fluorescence excitation-emission matrices were used to characterize NOM relatively quickly and with minimal sample preparation. These and other tools were used to improve our understanding of NOM character and behaviour during drinking water treatment. The study demonstrates the potential of multiple NOM characterization tools for the selection, operation and monitoring of water treatment processes.

6. Investigating the impact of water treatment on the fluorescence spectra of humic substances in surface and ground waters

7. Modelling and prediction of the removal of nom and formation of trihalomethanes in drinking water treatment

Saeed Abdallah Baghoth was born in 1964 in Kamuli, Uganda. He graduated with a BSc. degree in Civil Engineering in 1989 from Makerere University, Uganda, and a MSc. degree in Sanitary Engineering in 2004 from IHE Delft (now UNESCO-IHE), The Netherlands. In November 2006, he started his PhD research at UNESCO-IHE/ Delft University of Technology, The Netherlands. His research interests include natural organic matter and water treatment processes. He is currently a senior water engineer with Kamuli district local government.