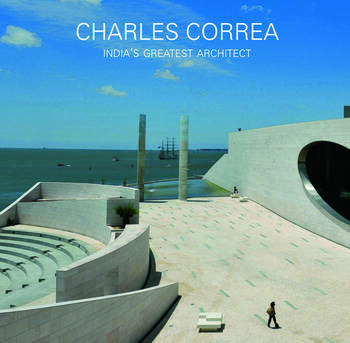 This book celebrates the work of India's greatest architect, Charles Correa. Born in 1930, Correa is an Indian and international architect who, in a lifetime of achievement, has created work which is consistently beautiful, human and enduring. He played a defining role in the architecture of post-Independence India and has designed some of the most outstanding cultural and civic monuments, science institutes, schools, housing developments and new cities, based on a profound understanding of his country,s history, needs and aspirations.

Correa's work has provided inspiration for future generations of architects at a time of vertiginous population and economic growth in the region. For this, he has received many awards including Britain's highest architectural accolade, the Royal Gold Medal in 1984.

Rooted in India but educated as an architect in the United States and steeped in the modernist teachings of Le Corbusier, Correa has concentrated on the living patterns in communities where he worked, achieving remarkable results with simple but effective means. Tradition and modernity are not opposites for him. Always contemporary, he has subtly layered the history of the land and of ideas in his designs. His sources range from the railway models of his childhood to conceptions of the Cosmos and to street-hawkers' use of the Mumbai pavements. Throughout his career, he has demonstrated a remarkably consistent approach, guided by a respect for the given conditions, a desire to effect change without forced interference, and a passion to combine fitness for purpose with beauty and spirituality.