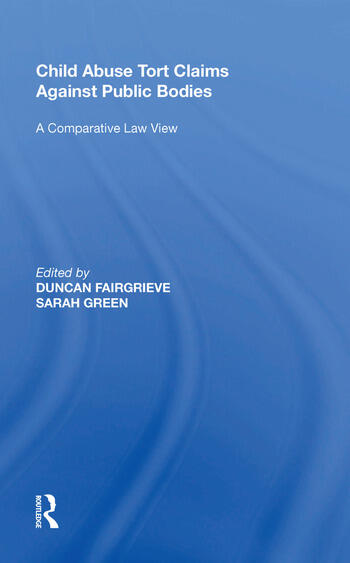 Increasing international cooperation in tackling the worldwide problem of child abuse and neglect has helped to raise the profile of this important issue. Scholarly literature on the problem is growing, yet there is still a pressing need for a legal comparative commentary on the issue of child abuse claims in tort. Addressing this omission, this valuable work investigates how the factual circumstances as laid out in the landmark English cases of X v. Bedfordshire County Council and Barrett v. Enfield London Borough Council have been dealt with by the European Court of Human Rights and in a number of key jurisdictions including the US, Canada, Australia, South Africa, France, Germany and Italy. Examining the substantive tort law in these jurisdictions, the book highlights differences in procedure and compares alternative, non-judicial sources of compensation for claimants. It also offers suggestions for reform, providing a work that will greatly benefit all those working within this specific area of law or having an interest in the subject.