China and the Birth of Globalization in the 16th Century 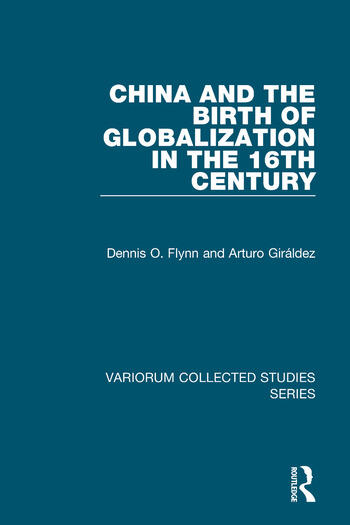 China and the Birth of Globalization in the 16th Century

Including 11 essays published over the last 15 years, this volume by Dennis O. Flynn and Arturo GirÃ¡ldez concerns the origins and early development of globalization. It opens with their 1995 "Silver Spoon" essay and a theoretical essay published in 2002. Subsequent sections deal with Pacific Ocean exchanges, interconnections between the Spanish, Ottoman, Japanese and Chinese empires, and the necessity of multidisciplinary approaches to global history. The volume follows the evolution of the authors' thinking concerning the central role of China in the global silver trade, as well as interrelations among silver and non-silver markets. Research before 2002 paved the way for development of a coherent 'Birth of Globalization' narrative that portrays economic factors in the context of powerful epidemiological, ecological, demographic, and cultural forces. In the final essay Flynn and GirÃ¡ldez argue for incorporating the work of all academic disciplines when attempting to understand the history of globalization, advocating an inclusive historical data base which recognizes contextual realities and an inductive process of reasoning.

Contents: Introduction: from eurocentric price revolution to globalization's birthdate; Part A Overviews; Born with a 'silver spoon': the origin of world trade in 1571; Conceptualizing global economic history: the role of silver. Part B The Pacific as Linchpin of World Trade: Arbitrage, China, and world trade in the early modern period; Spanish profitability in the Pacific: the Philippines in the 16th and 17th centuries. Part C Winners and Losers in the Global Silver Trade: China and the Spanish empire; Imperial monetary policy in global perspective; Money and growth without development: the case of Ming China; Silver and Ottoman monetary history in global perspective. Part D Birth of Globalization Debate: Ecological, Economic, Epidemiological, and Demographic Interactions: Cycles of silver: global economic unity through the mid-18th century; Path dependence, time lags and the birth of globalisation: a critique of O'Rourke and Williamson; Born again: globalization's 16th-century origins (Asian/global versus European dynamics); Index.

'... this book has its place in the debate on the mechanisms of globalization. It should be recommended to students of world history.' Economic History Review 'Altogether the prescient analyses collected here are well worth the time of any student of early modern history, economics, culture, or international relations.' Sixteenth Century Journal