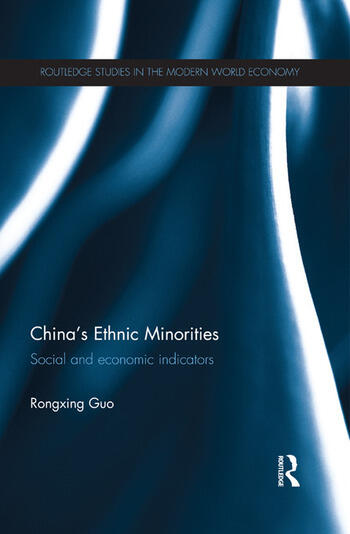 The majority of China’s population is the Han. Till now, China has officially identified, except for other unknown ethnic groups and foreigners with Chinese citizenship, 55 ethnic minorities. Ethnic minorities vary widely in size in China. With a population of more than 15 million, the Zhuang have been the largest minority group, and the Lhoba, with only 2 thousand or more, the smallest. China’s ethnic diversity has resulted in a special socioeconomic landscape of China itself. The book sets out to collect and estimate a full set of data on the socioeconomic situations of China’s ethnic minorities.

This book provides, in an easy to use format, a broad collection of data on China’s 55 ethnic minorities. It is a resource book that profiles the demography, employment and wages, people’s livelihood, agriculture, industry, education, science and technology, and culture, sports and public health for each of these ethnic minorities. These indicators, estimated on the author based on materials gathered from a variety of sources and clearly presented in one volume, will be of great value to researchers, businesses, government agencies, and news media.

Rongxing Guo is Professor and Head of the Regional Economics Committee, Regional Science Association of China (RSAC) at Peking University, Beijing. He has served with the OECD in Paris and at the Brookings Institution in Washington, DC. He has taught at China University of Mining and Technology, and Korea University, Trier University in Germany, and Gakushuin University in Tokyo.