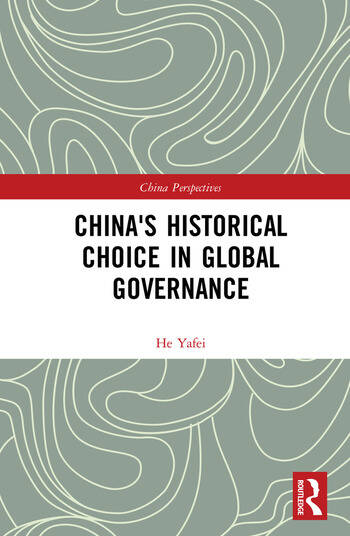 Since the 1990s, the world has been witnessing the most fundamental changes in global governance structure and international relations. Due to multipolarization, economic globalization, cultural diversification and information revolution, a number of rising global powers have become new players on the world stage, among which China, as the world’s 2nd largest economy now, is playing an increasingly important role.

From the perspectives of economics, culture, new media, NGOs and international migration, this book studies the origin, history and reform of global governance, with a focus on the function and development of G20 regime. Compared with previous researches, it pays more attention to fairness, non-western culture and developing countries. Then this book reviews China’s historical involvement in global governance, from being denied to being recognized, from observation to participation, and from an ordinary role to a key one. Regional governance and Sino-U.S. relations are discussed next to analyze how China should exploit its advantages to better play its role in world affairs. Finally, it offers policy recommendations for China to lead the reform of global governance and enhance its capability in agenda setting.

He Yafei is the former Vice Minister for Foreign Affairs (China), and now a Senior Fellow at Chongyang Institute for Financial Studies (RDCY), Renmin University of China. His research interests include global governance, China-U.S. relations and multilateral diplomacy.