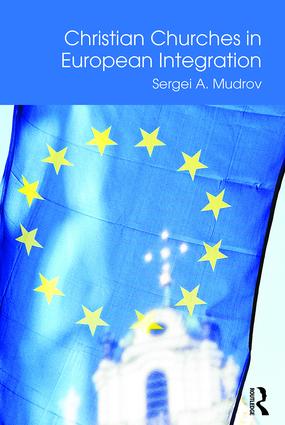 All too often religion is largely ignored as a driver of identity formation in the European context, whereas in reality Christian Churches are central players in European identity formation at the national and continental level. Christian Churches in European Integration challenges this tendency, highlighting the position of churches as important identity formers and actors in civil society. Analysing the role of Churches in engaging with two specific EU issues – that of EU treaty reform and ongoing debates about immigration and asylum policy – the author argues that Churches are unique participants in European integration. Establishing a comprehensive view of Christian Churches as having a vital role to play in European integration, this book offers a substantial and provocative contribution both to our understanding of the European Union and the broader question of how religious and state institutions interact with one another.

, is currently Postdoctoral Research Fellow at the Institute for Advanced Study, New Europe college, Bucharest, Romania. He was educated in Belarus (Diploma from the Belarusian State University and BTh from the Minsk Theological Seminary), Netherlands (MA from the University of Maastricht) and the UK (MA from the University of Warwick and PhD from the University of Salford). S.A. Mudrov worked in Belarus in NGOs, print media and in academia, initially as an Assistant Professor, and from 2014 as an Associate Professor at Baranovichi State University. He was a visiting researcher at the Institute for European Integration of Europa-Kolleg, Hamburg (Germany), Institute of Political Science and Governance of the University of Tallinn (Estonia), and the University of Dundee (UK). His book Pravoslavie v Evrope: svidetelstva nashikh dnei [Orthodox Christianity in Europe: testimonies of our days] was published in Minsk in 2013. His articles appeared in Journal for Contemporary European Research, Journal of Religion in Europe, Journal of Church and State, The Review of Faith and International Affairs, Journal of Contemporary Religion and in a number of journals in Belarus, Russia and Poland. S.A. Mudrov’s research interests are in the area of Church-State relations, religion in European integration/EU politics, migration and the Orthodox Church.