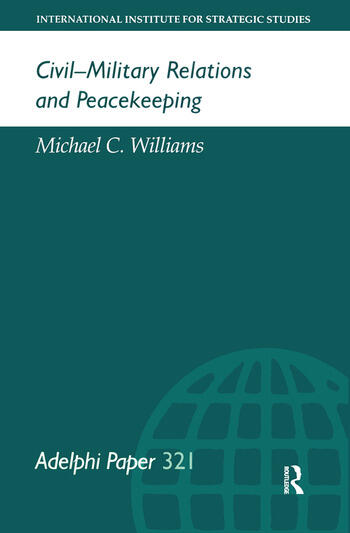 Peacekeeping in the late 1990s is a complex and diverse task, in which civilian and military personnel are working together to a greater degree than ever before. However, when an international body such as the UN takes strategic decisions, it does so with inadequate input from the military; in the field, there are clashes of culture, confusion over command and control arrangements and insufficient operational coordination. These issues also affect regional organisations such as NATO. The awkward management of operations and their uneven level of achievement have contributed to a decline in the number of UN peacekeeping operations since 1994. This paper argues that the balance between civilian and military expertise and advice at all levels of a peacekeeping mission – strategic, tactical and operational – needs to be reappraised.

At the strategic level:

* mandates must be clear, and must respond both to the needs of the situation and to the resources available
* there must be regular dialogue between all the principal players, military and civilian;
the military-staff capacity at UN headquarters should be made more effective, and should be responsible to the Security Council
* major troop-contributing countries should be systematically involved in determining mandates, as well as in reviewing operational plans
* senior military officers from all large troop-contributing countries should be based at a mission’s field headquarters.

At the operational level:

* the office of the Special Representative of the Secretary-General – the head of a UN peacekeeping mission – should be strengthened. In non-UN operations, the authority of the High Representative needs to be increased
* a cadre of civilian officials with peacekeeping experience needs to be developed;
standard operating procedures for the civilian head of a mission to follow when dealing with the military need to be developed

* greater emphasis should be placed on the ‘softer’ aspects of military science – managing resources, civilian control and human rights

* the reluctance of civilians and non-governmental organisations to engage with the military should be addressed.

Much experience has been gained from the peacekeeping operations of the 1990s, but both military and civilian participants must make considerably more progress before they can be said to have forged a partnership that makes them an effective intervention force