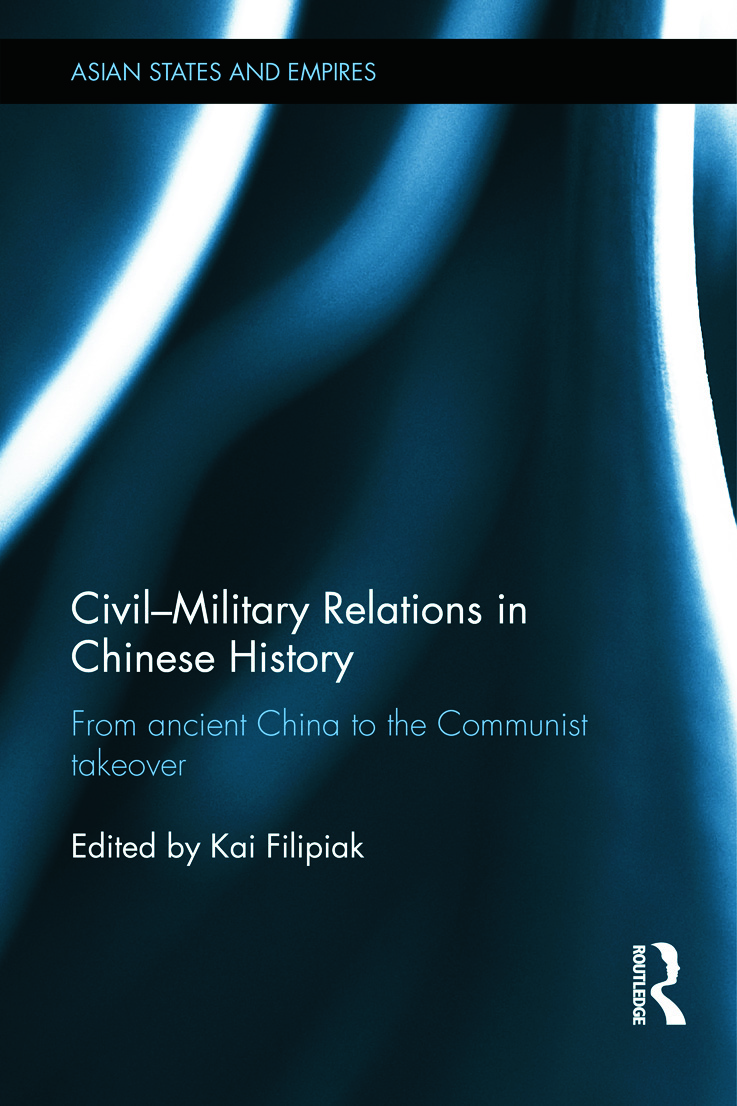 From Ancient China to the Communist Takeover, 1st Edition

Modern studies of civil--military relations recognise that the military is separate from civil society, with its own norms and values, principles of organization, and regulations. Key issues of concern include the means by which – and the extent to which – the civil power controls the military; and also the ways in which military values and approaches permeate and affect wider society. This book examines these issues in relation to China, covering the full range of Chinese history from the Zhou, Qin, and Han dynasties up to the Communist takeover in 1949. It traces how civil--military relations were different in different periods, explores how military specialization and professionalization developed, and reveals how military weakness often occurred when the civil authority with weak policies exerted power over the military. Overall, the book shows how attitudes to the military’s role in present day Communist China were forged in earlier periods.

"In sum, the volume includes a selection of essays of diverse quality and focus. Each essay adduces useful information for researchers and students of Chinese military history.This volume is nonetheless an important contribution to the literature and is worth the time and effort it takes to read it."

Introduction Kai Filipiak 1. The Rise and Fall of the System of Rites and Music and the Evolution of the Zhou Army Huang Pumin 2. Military Codes of Virtue: Aspects of Wen and Wu in China’s Warring States Period Kai Filipiak 3. The Master of Works (Sikong) in the Armies of the Qin and Han Dynasties Song Jie 4. Re-thinking the Civil-Military Divide in the Southern Dynasties Andrew Chittick 5. Changes in the Title Systems for Generals in Ancient China Zhang Jinlong 6. Origins and Selection Criteria of Soldiers in Different Stages of the Tang Dynasty (618-907) Sun Jiming 7. The Drum and Wind Palace Music of the Tang and Song Dynasty Yu Filipiak 8. The Rise of the Martial: Rebalancing Wen and Wu in Song Dynasty Culture Peter Lorge 9. Postcards from the Edge: Competing Strategies for the Defense of Liaodong in the Late Ming Kenneth M. Swope 10. The Adaptation of Chinese Military Techniques to Chosŏn Korea, their Validation and the Social Dynamics thereof Felix Siegmund 11. Craftsmen and Specialist Troops in Early Modern Chinese Armies Ulrich Theobald 12. Military Atrocities in Warlord China Edward McCord 13. The Military Ascendant: The Ascendancy of the Chinese Military During the Resistance War 1937-1945 (and Afterwards) Diana Lary

Kai Filipiak is in the Department of Chinese Studies at the University of Leipzig, Germany.