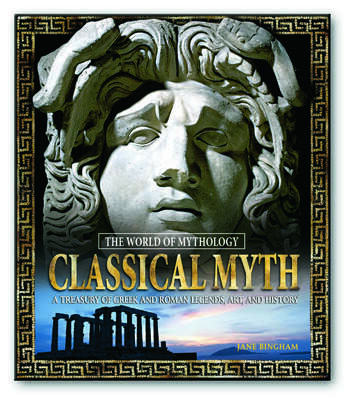 The World of Mythology series introduces the myths of the world's greatest civilizations. The Classical world of ancient Greece and Rome has had an immeasurable impact on Western culture, but what inspired some of the greatest writers, philosophers, and architects of all time? Gods were not only worshipped, but consulted for both minor problems and victory in battle. The legends of mortals Heracles and Perseus were wrapped up in the lives of the immortals. Art and artifacts, as well as photographs of the landscapes immortalized in the tales, bring the world of Classical myth to life.

The author contends that economic democracy is the economic system the U.S. purports to have, but has thus far failed to achieve because it, like all the economic powers that have gone before, seeks to control the economies of weaker nations. It is the shocking lack of economic democracy, and the efforts of so many to achieve it, that fuels today's conflicts and will fuel those of the 21st century.To show how and why, this comprehensive work provides a detailed analysis of the history of numerous aspects of the development of the Neo-Mercantilist world economy; the geopolitical systems put in place by the developed world to manage and perpetuate that economy; and the numerous proposals and modeling plans that have been offered over the years for the achievement of economic democracy.