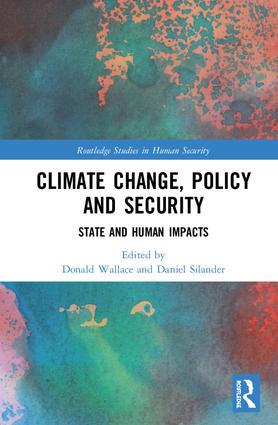 This book examines the multiple strategies proposed by the international community for addressing global climate change (GCC) from both human and state-security perspectives.

It examines what is needed from major states working within the UN framework to engage with the multiple dimensions of a strategy that addresses GCC and its impacts, where such engagement promotes both human and state security. Two broad frameworks for approaching these issues provide the basis of discussion for the individual chapters, which discuss the strategies being undertaken by major state powers (the US, the EU, China, India, Japan, and Russia). The first framework considers the multiple strategies, mitigation, adaptation, and capacity-building required of the international community to address the effects of GCC. The second framework considers the differentiation of GCC policies in terms of security and how the efficacy of these strategies could be impacted by whether priority is given to state security over human security concerns.

This book will be of much interest to students of human security, climate change, foreign policy, and International Relations.

4. Geography of GCC: The Climate-Security Nexus in Africa, Daniel Silander

Don Wallace is Professor Emeritus of Criminal Justice at the University of Central Missouri, USA.