Clinton, New Terrorism and the Origins of the War on Terror 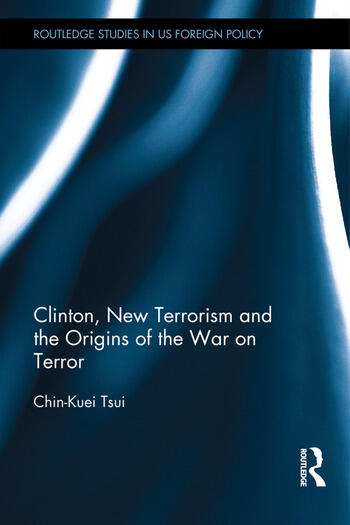 Clinton, New Terrorism and the Origins of the War on Terror

The book focuses on President Clinton’s discursive construction of ‘new terrorism’, or ‘catastrophic terrorism’, and the counterterrorism practices implemented by the Clinton Administration, while simultaneously comparing it with President Reagan’s and President George W. Bush’s approaches to counterterrorism. It shows how the war on terror can be traced to earlier periods, and that the so-called Bush revolution was largely built upon the existing framework established by President Reagan and President Clinton. Prior to the 2001 terrorist attacks, Clinton had expanded Reagan’s first ‘war on terrorism’ discourse and constructed the ‘new terrorism’ discourse, characterised by the notions of borderless threats, ‘home-grown’ terrorism, WMD-terrorism, cyberterrorism, and rogue states. Clinton’s ‘new terrorism’ discourse provided a useful framework for George W. Bush to discursively respond to the terrorist attacks on September 11th, 2001.

Aiming to uncover the myth of President George W. Bush’s foreign policy revolution and contribute to a deeper historical understanding of the U.S.-led war on terror, it will be of great use to postgraduates and scholars of US foreign policy, security studies and terrorism studies.

Chapter 1 The Origins of the War on Terror and the Myth of President George W. Bush’s Foreign Policy Revolution

Chapter 5 Writing American National Identity: Narratives and the Social Construction of Terrorism as a Negative Ideograph

Chapter 6 Rethinking the Discursive Construction of Terrorism and Counterterrorism: Theoretical Reflections and Implications