Clouds above the Hill
A Historical Novel of the Russo-Japanese War, Volume 1 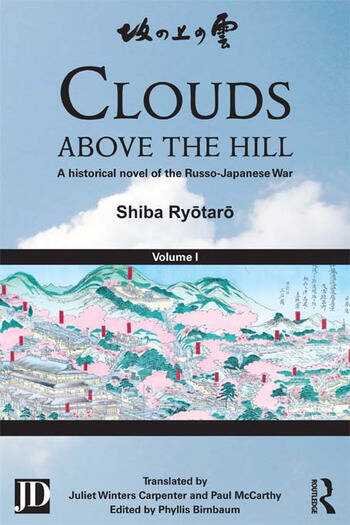 Clouds above the Hill: A Historical Novel of the Russo-Japanese War, Volume 1

Clouds above the Hill is one of the best-selling novels ever in Japan, and is now translated into English for the first time. An epic portrait of Japan in crisis, it combines graphic military history and highly readable fiction to depict an aspiring nation modernizing at breakneck speed. Best-selling author Shiba Ryōtarō devoted an entire decade of his life to this extraordinary blockbuster, which features Japan's emerging onto the world stage by the early years of the twentieth century.

Volume I describes the growth of Japan’s fledgling Meiji state, a major "character" in the novel. We are also introduced to our three heroes, born into obscurity, the brothers Akiyama Yoshifuru and Akiyama Saneyuki, who will go on to play important roles in the Japanese Army and Navy, and the poet Masaoka Shiki, who will spend much of his short life trying to establish the haiku as a respected poetic form.

The translation will be published in four volumes (two at a time). There will be maps with details of campaigns and battles; each volume is approx. 150,000 words.

Shiba Ryōtarō (1923-1996) is one of Japan's best-known writers, famous for his direct tone and unflinching depictions of war. He was drafted into the Japanese Army, served in the Second World War, and subsequently worked for the newspaper Sankei Shimbun. He is most famous for his numerous works of historical fiction.

"Quite simply, this is an incredible read that succeeds on all levels. I'm not a huge fan of history, but Ryotaro's telling of it flows beautifully, such that sometimes I forgot I was reading anything other than a work of fiction. At the same time, the sheer level of detail matches anything Tom Clancy has written, but without getting bogged down in too much technical detail the way Clancy's work often can. It also never loses sight of the human aspect of events, either at home in Japan, or overseas fighting or preparing for war... I found myself at a loss returning to the real world. This may be a book published in several volumes, but I defy anyone to read just one." - Iain Wear, The Bookbag, January 2013.