Clouds above the Hill
A Historical Novel of the Russo-Japanese War, Volume 2 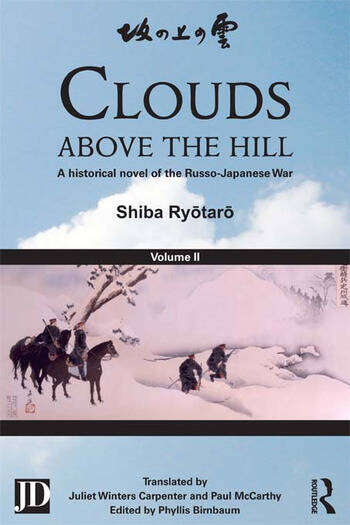 Clouds above the Hill: A Historical Novel of the Russo-Japanese War, Volume 2

Clouds above the Hill is one of the best-selling novels ever in Japan, and is now translated into English for the first time. An epic portrait of Japan in crisis, it combines graphic military history and highly readable fiction to depict an aspiring nation modernizing at breakneck speed. Best-selling author Shiba Ryōtarō devoted an entire decade of his life to this extraordinary blockbuster, which features Japan's emerging onto the world stage by the early years of the twentieth century.

In Volume II, Meiji Japan is on a collision course with Russia, as Russian troops stationed in Manchuria ignore repeated calls to withdraw. Admiral Tōgō leads a blockade and subsequent skirmish at the strategically vital and heavily fortified Port Arthur, whilst Yoshifuru’s cavalry in Manchuria maneuvers for position as it approaches the Russian Army lines. The two armies clash at the battle of Liaoyang, where Japan seals a victory which shocks the world.

The translation will be published in four volumes. There will be maps with details of campaigns and battles; each volume is approx. 150,000 words.

Shiba Ryōtarō (1923-1996) is one of Japan's best-known writers, famous for his direct tone and unflinching depictions of war. He was drafted into the Japanese Army, served in the Second World War and subsequently worked for the newspaper Sankei Shimbun. He is most famous for his numerous works of historical fiction.

"I'm stunned at the sheer level of detail that has gone into this volume in particular... It's not just the results of the decisions made and how they ultimately affected the war's outcome that are included, but the discussions that led to those decisions being made and how the people who had to act upon those decisions felt about it. Considering the author is Japanese and not from a neutral nation, he does a spectacular job of following the war from both sides, in all spheres of combat and at all levels in the chain of command, from Emperor and Tsar to common soldier... With the war being fought in fairly sharp bursts, this means that the pace of the story is kept very high. Once again, Shiba crosses genres perfectly, with the story having the pace of a thriller, but the detail of a history text. What makes the story even better is that it's not told from one perspective, as it covers the psychological impact of the war on both commanders and soldiers, again on both sides." - Iain Wear, The Bookbag, January 2013.