Clueless
American Youth in the 1990s 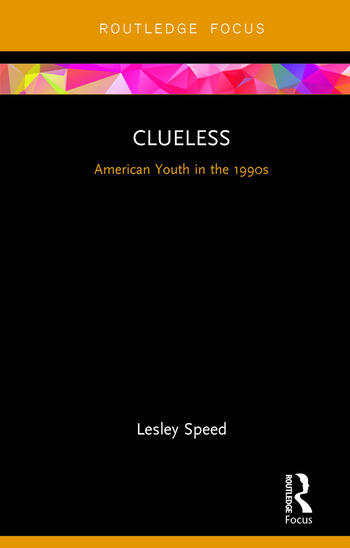 Clueless: American Youth in the 1990s

Clueless: American Youth in the 1990s is a timely contribution to the increasingly prominent academic field of youth film studies. The book draws on the social context to the film’s release, a range of film industry perspectives including marketing, audience reception and franchising, as well as postmodern theory and feminist film theory to assert the cultural and historical significance of Amy Heckerling’s film and reaffirm its reputation as one of the defining teen films of the 1990s.

Lesley Speed examines how the film channels aspects of Anita Loos’ 1925 novel Gentlemen Prefer Blondes, the 1960s television series Gidget and Jane Austen’s Emma, to present a heightened, optimistic view of contemporary American teenage life. Although seemingly apolitical, Speed makes the case for Clueless as a feminist exploration of relationships between gender, comedy and consumer culture, centring on a contemporary version of the ‘dumb blonde’ type. The film is also proved to embrace diversity in its depiction of African American characters and contributing to an increase in gay teenagers on screen. Lesley Speed concludes her analysis by tracking the rise of the Clueless franchise and cult following. Both helped to cement the film in popular consciousness, inviting fans to inhabit its fantasy world through spinoff narratives on television and in print, public viewing rituals, revivalism and vintage fashion.

Preface to the series. Acknowledgements. Introduction.1. Building a fantasy that you could live in: production history and initial reception, Director and writer Amy Heckerling. Development and Production. Clueless sources. Production. Release and reception. 2. ‘A way normal life’: Clueless as a teen film of the 1990s. Clueless, the 1990s and youth culture. Youth, adulthood and history. ‘It looks like the best-tasting bubble gum’: the world of Clueless. 3. All the young girls and dudes: gender and sexuality. Girls in teen film. Feminism, consumer culture and girls. Ethnicity. Sexuality.4. ‘It’s, like, a famous quote’: Adaptation, franchise and cult film. Clueless as adaptation. The Clueless franchise. Inhabiting the storyworld: Clueless as a cult film. Conclusion: Clueless in the popular cultural landscape. Bibliography. Appendix: The Clueless novelisations. Notes