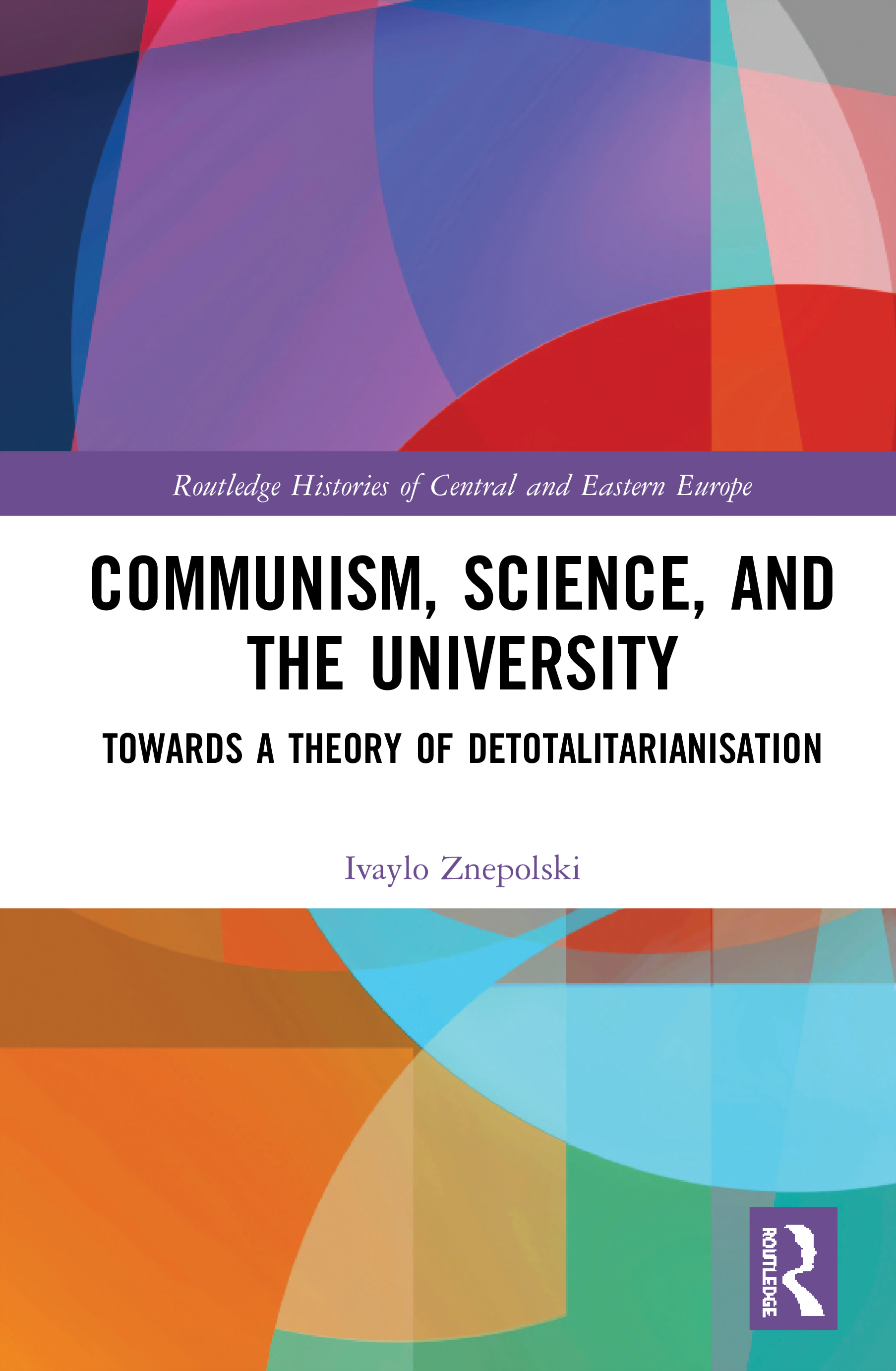 Communism, Science and the University

Towards a Theory of Detotalitarianisation, 1st Edition

The book explores the intellectual history of Bulgaria between the 1960s and the 1980s at the intersections of the country's social and political history. Based on case studies, the research delves into three areas: the control and pressure mechanisms used on science and the university; the clash of ideas while performing the formal and hidden functions of academia in a communist regime setting; the processes whereby research and academia acquire a relative autonomy and alternative academic communities are being formed amidst the eroding ideological legitimacy of the regime.

Centred on the concept of the "incident", this setup allowed us to eschew the narratives around the role of the dissidents or "freedom as a gift" and interpret society's transformation as the outcome of intersecting and overlaying sectoral events, which gathered strength down the years and lay the ground for the eruption labelled here as the "Big Event of 1989".

Introduction: On this Book's Nature and Objectives

1. Siezing power and Institutionalization of “The New Socialist Science”

2. The Zhelyu Zhelev case: Sinning Against Faith and the Party Themis

How to use the topsy-turvy political speak

Structure and event in a post-Stalinist society

3. The Ivan Slavov Case: Between the Threat of Social Exclusion and the Moral Sanction of the Group

The excommunication from the group as a loss of identity

Theoretical Outcomes (2): On Actions Committed under Duress and amidst Severe Freedom Shortage

4. The Nikolay Genchev case: Against Historiography as the Chambermaid of Politics or Life in Two Parallel Worlds

The early Nikolay Genchev and the history of the Algerian Revolution

For a national – rather than class – history: A critique of official historiography

A personal story morphing into social history: Tearing apart and sewing together of the physical author and his ideas

Changes in the intentional background of action. Nikolay Genchev: the "double contingency" principle

The dual use of the primary party organisation. Nikolay Genchev, an expert in the guerrilla warfare in the jungle of the party's chain of command

5. The Zhelyu Zhelev Case (continued): Between Truth and Authority – Creation of “The Revisionists”

Attempts at a philosophical position in the context of modern times

The artfulness of a small man in the battle for survival

Zhelyu Zhelev, the Postgraduate Student and Todor Pavlov, the Academician

Samizdat within the bounds of legality. The scandal – a publicity strategy in a closed system

The contrivance of scientific facts through text-substituting “translations”

The informal public sphere – how it functions?

A purging trend at the Philosophy Faculty

From criticising leading to wrenching Lenin out of the dogmatic stranglehold: The generational discourse as political speak in disguise

Theoretical Outcomes (3): “Letters to the Chief” as a Genre – Social Communication in a Closed, Overcentralised Society

6. The Assen Ignatov Case: Beyond the Limits of the Officially Regulated Knowledge – Philosophy as a Way to Deliberate on the Human Condition

A diagnosis of dogmatic thinking

The witch-hunt season is open

A basic programme for the development of social science. Alienation under socialism.

The party tribunal against Assen Ignatov: Timid solidarity and loose ties within "the group"

Biographies falling apart: Living in the lie and through the lie

Sketching out a reformist agenda

Intelligentsia and the Party bureaucracy

A surprising deliverance: the deus ex machina and the ambivalence of the "pardoning from above"

"Philosophy in action": a critique of the "asymmetrical relations" in the education model

The end of a long administrative assassination

"Disarmament" and "self-criticism": key concepts in the discourse of power

A Bulgarian reception of Heidegger and ways of utilising the philosopher

Heidegger's deconstruction as a way to experience one's own existential situation: Designing a "project" for oneself

Baiting the other side: State Security and the philosopher

Redemption and its price

Theoretical Outcomes (4): The Correlation between Coercion and Free Action in a Totalitarian State

7. The Isak Passy Case: The Separation of Political and Intellectual Power – Theory and Information Breakthrough

On the tragedy of a crushed ideal

Facts against the dogmatist's theoretical superstition

The philosophers’ enlightenment surge: A quest for the educational and moral fundamentals of young people

Theoretical Outcomes (5): Academic Paradigm and Community amid the One-party Dictatorship

8. From Zhelyu Zhelev Case to the Case of 'Fascism' Anatomy of a Chain of Incidents

Fascism: A dissection of the totalitarian phenomenon and the semantic challenges of a book with a key

From a manuscript titled, The Totalitarian State, to Fascism: on the collective authorship of an incident

"Constitutional fiction" and its use

The arraignment of the "ideological prosecution": formalism and lack of zeal

Fissures in Censorship: Penalties for "blunted vigilance" and "political myopia"

A split between the party commanding heights and the grassroots: The primary party organisation – one possible pocket of resistance

9. The Dobrin Spassov Case: A Clash between the Rejection of Totalitarian Practices and the Commitment to Social Utopia

Alien among his own or the testing of loyalty

10. The Ilcho Dimitrov Case: In Search of a Win-Win Game within the System – The Public Communications Craftsman

The intellectuals' quest to positions of power: The relationship between the power of force and the power of knowledge

The inner workings of big power: How can academic and political attitudes part ways

"Paris is worth a mass": Clashes between the state administration and the party apparatus

The horizon of reformist thinking and action

Conclusion: From the Big Event to the Incidents: A Reconstruction of the Event(ual) Identity of Historical Change

Ivaylo Znepolski is the Director of the Institute for the Study of the Recent Past in Sofia, Professor at Sofia University, Bulgaria, Visiting Professor at the École des Hautes Études en Sciences Sociales in Paris (1994–2002), former culture minister (1993–1995), and an author of numerous books and edited volumes on the recent communist past of Bulgarian and Eastern Europe.

The nations of Central and Eastern Europe experienced a time of momentous change in the period following the Second World War. The vast majority were subject to Communism and central planning while events such as the Hungarian uprising and Prague Spring stood out as key watershed moments against a distinct social, cultural and political backcloth. With the fall of the Berlin Wall, German reunification and the break-up of the Soviet Union, changes from the 1990s onwards have also been momentous with countries adjusting to various capitalist realities. The volumes in this series will help shine a light on the experiences of this key geopolitical zone with many lessons to be learned for the future.