Complex Analysis with Applications to Flows and Fields

Complex Analysis with Applications to Flows and Fields

Complex Analysis with Applications to Flows and Fields presents the theory of functions of a complex variable, from the complex plane to the calculus of residues to power series to conformal mapping. The book explores numerous physical and engineering applications concerning potential flows, the gravity field, electro- and magnetostatics, steady heat conduction, and other problems. It provides the mathematical results to sufficiently justify the solution of these problems, eliminating the need to consult external references.

The book is conveniently divided into four parts. In each part, the mathematical theory appears in odd-numbered chapters while the physical and engineering applications can be found in even-numbered chapters. Each chapter begins with an introduction or summary and concludes with related topics. The last chapter in each section offers a collection of many detailed examples.

This self-contained book gives the necessary mathematical background and physical principles to build models for technological and scientific purposes. It shows how to formulate problems, justify the solutions, and interpret the results.

Complex Domain: Circuits and Stability
Complex numbers and quaternions
Stability of an equilibrium position
Addition, product, and inverses
Impedance of associations of circuits
Functions power and root
Electron in an electromagnetic field
Multivalued functions, branch-points, and branch-cuts
Motion of a pendulum and a ship
Stereographic projection of a sphere
Examples

Power Series: Electricity and Magnetism
Convergence of and operations on series
Multiple reflections in a lens
Analytic series of ascending powers
Electrostatics, charges, and dielectrics
Singular series of ascending–descending powers
Magnetostatics, currents, and permeability
Classification of singularities and functions
Forces and moments on bodies
Combined test of convergence
Examples

Luis Manuel Braga da Costa Campos is the director of the Center for Aeronautical and Space Science and Technology at Lisbon Technical University in Portugal. 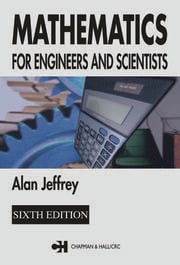 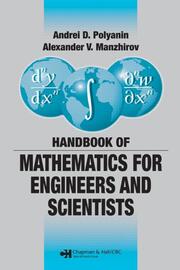