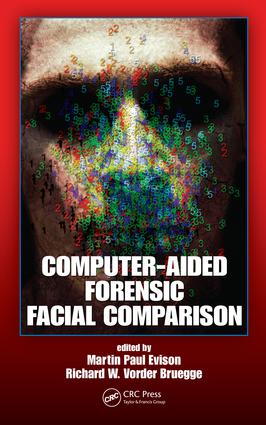 Dr. Martin Evison is associate professor of anthropology, University of Toronto, director of the University‘s Forensic Science Program, and a member of the Advisory Committee of the Centre for Forensic Science and Medicine. He has a Ph.D. in ancient DNA from the University of Sheffield, and from 1994 until 2005 he was the forensic anthropologist at Sheffield Medico Legal Centre, where he led a research group focusing on computational and molecular methods of human identification. He has undertaken case work on five continents in forensic archaeology and anthropology, facial identification, and contamination or innocent transfer of DNA. He has published in Journal of Forensic Sciences and Forensic Science Communications among other journals, and is currently leading a research project examining genetic factors underlying normal face shape variation. In September of 2010, Dr. Evison won a prize for best presentation in the Biometrics session at the Australian and New Zealand Forensic Science Society.

Dr. Richard W. Vorder Bruegge has worked for the Federal Bureau of Investigation (FBI) since 1995. His work involves analyzing film, video, and digital images that relate to crime and intelligence matters, as well as testifying in court. He has conducted thousands of forensic examinations in hundreds of cases. He has testified as an expert witness in federal and state courts across the United States, as well as internationally. An intrinsic part of his job is to conduct research in the field of forensic image analysis, including facial identification. He was chair of the Scientific Working Group on Imaging Technology (SWGIT) from 2000 to 2006 and was elected chair of the Facial Identification Scientific Working Group (FISWG) in 2009. In 2007, he was invited to brief the National Academy of Sciences Committee on the Future of Forensic Sciences on the discipline of forensic photographic comparisons. His publications