Conceived in Liberty
The American Worldview in Theory and Practice 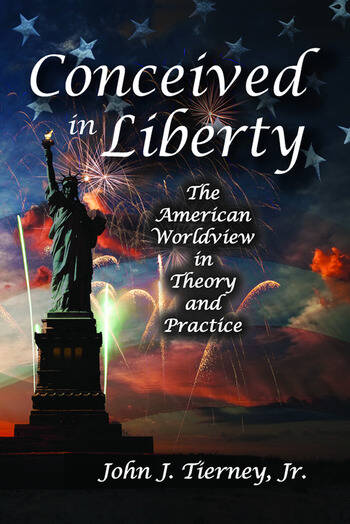 Conceived in Liberty: The American Worldview in Theory and Practice

Conceived in Liberty is a cultural, sociological and geopolitical review of the uniquely American notion that the country and its people are "exceptional." While all nations have their own patriotic commitments, no other people have outwardly declared their power as vigorously as have Americans, especially since World War II.

John J. Tierney, Jr. advances the idea that liberty is the singular source of the power of the American worldview and all other elements of this society—equality, patience, charity, justice, etc.—are derived from liberty. He argues that this worldview comes from this one source and is responsible for the many movements that may engage the public's interest, such as women's rights, civil rights, and voting rights. Such movements are all positive, but they could not exist in a society devoid of liberty.

Conceived in Liberty also traces other main components of the American worldview: geographic expanse, immigration, energy of the populace, diversity, public policies, and the elements that contribute to exceptionalism. Tierney is not blind to some of the deficiencies of the United States, but he posits that the liberty it manifests is truly the political globe's last, best hope.

1 The Setting: "Liberty Enlightening the World"

2 Roots: "Life, Liberty, and the Pursuit of Happiness"

3 Expanse: "From Sea to Shining Sea"

4 Emergence: "The Empire of Liberty"

5 The American Century: "My Country, Right or Wrong"

6 Transformation: "An Iron Curtain has Descended Across the Continent"

8 Homefront: "All Politics are Local"

9 Superpower: "The End of History"

11 Transitions: "With Liberty and Justice for All"

Epilogue: Books on the Subject