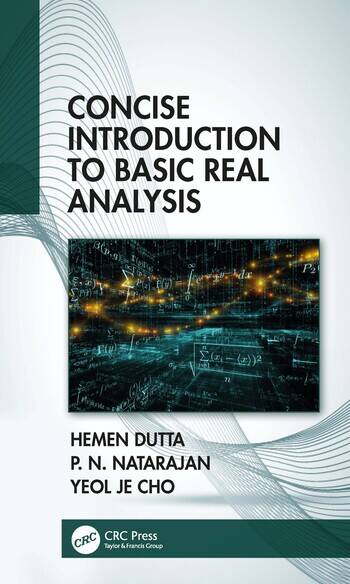 This book provides an introduction to basic topics in Real Analysis and makes the subject easily understandable to all learners. The book is useful for those that are involved with Real Analysis in disciplines such as mathematics, engineering, technology, and other physical sciences. It provides a good balance while dealing with the basic and essential topics that enable the reader to learn the more advanced topics easily. It includes many examples and end of chapter exercises including hints for solutions in several critical cases. The book is ideal for students, instructors, as well as those doing research in areas requiring a basic knowledge of Real Analysis. Those more advanced in the field will also find the book useful to refresh their knowledge of the topic.

Hemen Dutta is a faculty member at the Department of Mathematics, Gauhati University, India. He did his Master of Science in Mathematics, Post Graduate Diploma in Computer Application and Ph.D. in Mathematics from Gauhati University, India. He received his M.Phil in Mathematics from Madurai Kamaraj University, India. His primary research interest includes areas of mathematical analysis. He has to his credit several research papers, some book chapters and few books. He has delivered talks at different institutions and organized a number of academic events. He is a member of several mathematical societies. He has also been a resource person in training programmes for school students and teachers and delivered popular talks. He has authored several newspaper and popular articles in science education, research, etc. He has served the Assam Academy of Mathematics as joint-secretary (honorary) for two years.

is Dr. Radhakrishnan Awardee for the Best Teacher in Mathematics for the year 1990-91 by the Govt. of TamilNadu, India. He has been working as an independent researcher in Mathematics since his retirement in 2004, as Professor and Head, Dept. of Mathematics, Ramakrishna Mission Vivekananda College, Chennai, India. He received his Ph.D. in Analysis from the University of Madras in 1980. He has to his credit over 100 research papers published in several reputed national and international journals. He has authored 3 books (one of them 2 editions) and contributed a chapter to each of 2 edited volumes, published by Springer, Taylor-Francis and Wiley. Dr. Natarajan's research interest includes Summability Theory and Functional Analysis, both Classical and Ultrametric. Besides visiting institutes of repute in Canada, France, Holland and Greece on invitation, he has participated in several international conferences and has chaired sessions.

is an Emeritus Professor at Department of Mathematics Education, Gyeongsang National University, Jinju, Korea, and a Distinguished Professor at School of Mathematical Sciences, University of Electronic Science and Technology of China, Chengdu, Sichuan, China. Also, he is a Fellow of the Korean Academy of Science and Technology, Seoul, Korea, since 2006, and a member of several mathematical Societies. He received his Bachelor´s Degree, Master’s Degree, Ph.D. in Mathematics from Pusan National University, Pusan, Korea, and, in 1988, he was a Post-Doctor Fellow in Department of Mathematics, Saint Louis University, Saint Louis, USA. He is an Organizer of the International Conference on Nonlinear Functional Analysis and Applications, some Workshops and Symposiums on Nonlinear Analysis and Applications and Members of the Editorial Boards of 10 more International Journals of Mathematics. He has published 350 more papers and some book chapters, 20 more Monographs and 10 more Books in CRC, Taylor & Francis, Springer, Nova Science Publishers, New York, USA. His research areas are Nonlinear Analysis and Applications, especially, fixed point theory and applications, some kinds of nonlinear problems, that is, equilibrium problems, variational inequality problems, saddle point problems, optimization problems, inequality theory and applications, stability of functional equations and applications. He delivered many Invited Talks at many International Conferences on Nonlinear Analysis and Applications, which have been opened in many countries. 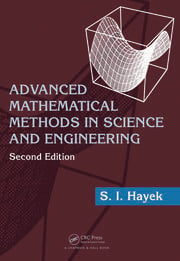 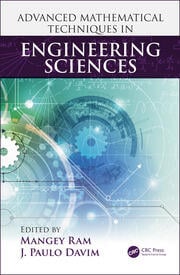 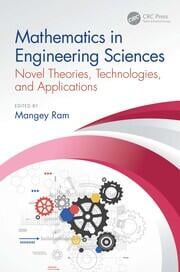