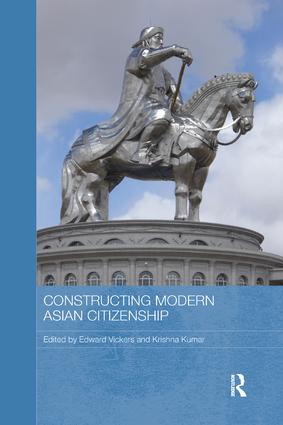 In many non-Western contexts, modernization has tended to be equated with Westernization, and hence with an abandonment of authentic indigenous identities and values. This is evident in the recent history of many Asian societies, where efforts to modernize – spurred on by the spectre of foreign domination – have often been accompanied by determined attempts to stamp national variants of modernity with the brand of local authenticity: ‘Asian values’, ‘Chinese characteristics’, a Japanese cultural ‘essence’ and so forth. Highlighting (or exaggerating) associations between the more unsettling consequences of modernization and alien influence has thus formed part of a strategy whereby elites in many Asian societies have sought to construct new forms of legitimacy for old patterns of dominance over the masses. The apparatus of modern systems of mass education, often inherited from colonial rulers, has been just one instrument in such campaigns of state legitimation.

This book presents analyses of a range of contemporary projects of citizenship formation across Asia in order to identify those issues and concerns most central to Asian debates over the construction of modern identities. Its main focus is on schooling, but also examines other vehicles for citizenship-formation, such as museums and the internet; the role of religion (in particular Islam) in debates over citizenship and identity in certain Asian societies; and the relationship between state-centred identity discourses and the experience of increasingly ‘globalized’ elites.

With chapters from an international team of contributors, this interdisciplinary volume will appeal to students and scholars of Asian culture and society, Asian education, comparative education and citizenship.

"It has to be said that this is an inspirational book, which will stimulate further questions and debates. (…) With similar or different questions in mind, academics working in the wider fields of education, political science, and sociology will find the book helpful because of its strong historical and theoretical discussions." - Ke Lin, UCL Institute of Education, University College London

Krishna Kumar is Professor at the Central Institute of Education, University of Delhi, India.

Routledge Studies in Education and Society in Asia

This series focuses on analyses of Asian educational practices and structures in their broader social, cultural, political and economic context. The emphasis is on furthering our understanding of why Asian education systems have developed in particular ways, and what is (or is not) distinctively 'Asian' about them. In addition to single-country studies, proposals for works of a historical and comparative nature are strongly encouraged. The series will appeal to scholars of various disciplinary backgrounds such as Asian Studies, Education and Social Sciences looking to reach readers beyond the boundaries of their own discipline.