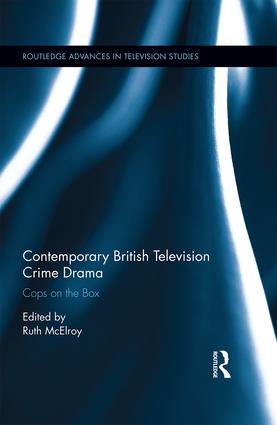 Cops on the Box, 1st Edition

Contemporary British Television Crime Drama examines one of the medium’s most popular genres and places it within its historical and industrial context. The television crime drama has proved itself capable of numerous generic reinventions and continues to enjoy some of the highest viewing figures. Crime drama offers audiences stories of right and wrong, moral authority asserted and resisted, and professionals and criminals, doing so in ways that are often highly entertaining, innovative, and thought provoking. In examining the appeal of this highly dynamic genre, this volume explores how it responds not only to changing social debates on crime and policing, but also to processes of hybridization within the television industry itself. Contributors, many of whom are leading figures in UK television studies, analyse popular series such as Broadchurch, Between the Lines, Foyle’s War, Poirot, Prime Suspect, Sherlock and Wallander. Essays examine the main characteristics of television crime drama production, including the nature of trans-Atlantic franchises and literary and transnational adaptations. Adopting a range of feminist, historical, aesthetic and industrial approaches, they offer incisive interrogations that provide readers with a rich understanding of the allure of crime drama to both viewers and commissioners.

Part I: The British Crime Drama – new adventures in an established genre

5. Women Cops on the Box: Female Detection in the British Police Procedural

12. Lost in Translation – TV remakes, transatlantic determinants and the failure of Prime Suspect US

Ruth McElroy is Reader in Media and Cultural Studies at the University of South Wales, UK. She is editor, with Stephen Lacey, of Life on Mars: From Manchester to New York, (2012), University of Wales Press She currently leads an Arts and Humanities Research Council funded international network on Television in Small Nations.