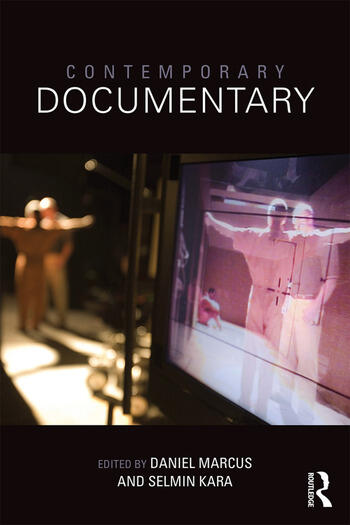 The anthology highlights geographically and thematically diverse examples of documentaries that have expanded the scope and impact of non-fiction cinema and captured the attention of global audiences over the past three decades. It also explores the experience of documentary today, with its changing dynamics of production, collaboration, distribution, and exhibition, and its renewed political and cultural relevance.

The twelve chapters - featuring engaging case studies and written from a wide range of perspectives including film theory, social theory, ethics, new media, and experience design - invite students to think critically about documentary as a vibrant field, unrestricted in its imagination and quick in its response to new forms of filmmaking.

Offering a methodical exploration of the expansive reach of documentary as a creative force in the media and society of the twenty-first century, Contemporary Documentary is an ideal collection for students of film, media, and communication who are studying documentary film.

Daniel Marcus teaches media and documentary studies at Goucher College in Baltimore, Maryland. He is the author of Happy Days and Wonder Years: The Fifties and the Sixties in Contemporary Cultural Politics, and editor of ROAR! The Paper Tiger Television Guide to Media Activism.

is an Assistant Professor at OCAD University. She is interested in digital aesthetics and sound in post-cinema and documentary. Her work has appeared in Studies in Documentary Film, The Oxford Handbook of Sound and Image in Digital Media, and Music and Sound in Nonfiction Film.

"The expanded, inter-generic spaces of 'documentary' encompass a diverse aesthetics and new modes of viewing and involvement. The contributors here connect with international innovation and future possibilities from a firm base in established scholarship, continuing the renewal of critical thinking that is now required."

"A lively blend of emerging scholars and the usual suspects, Contemporary Documentary takes on the long and growing list of sub-genres that will either expand or explode what we have so comfortably referred to as ‘documentary’. The best of its arguments add new depth to cinema’s adventures with reality."Seth Feldman, Professor of Film and Television Studies, York University, Canada

"Bottom line: this should be required reading for those interested in documentary film in all its manifestations. Summing Up: Essential. All readers."