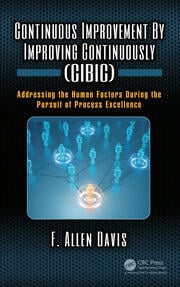 Continuous Improvement By Improving Continuously (CIBIC): Addressing the Human Factors During the Pursuit of Process Excellence

Continuous Improvement by Improving Continuously (CIBIC): Addressing the Human Factors During the Pursuit of Process Excellence

explains how the frustrating reoccurrence of operating failures are the result of flawed or fragmented business philosophies and principles. CIBIC is designed to promote the pursuit of excellence from mediocrity using an adaptable strategic model that promotes the pursuit of continuous improvement and sustainability in operations, performance management, and personal endeavors. By transforming the pursuit of excellence from a hit-and-miss endeavor to an easily achievable and sustainable continuous endeavor, CIBIC creates value where other systems fail. By addressing gaps, disconnects, and chaotic realities at a fundamental level through the sustained use of frameworks, methods, and analytics, CIBIC promotes the pursuit of excellence across the wide range continuum, eradicating the value and philosophical disconnects that generally plague individuals and collective interests.

Frank Davis is President and Chief Executive Officer of the Horizon Group of Industrial Companies headquartered in Birmingham Alabama, one of the largest diversity owned businesses in Alabama, and a successful author. During his fifteen-year tenure as the President of Horizon, he has led the growth of the company from a zero revenue startup to a well-recognized and respected provider of Process, Project, & Material Services to the automotive, utility, institutional, federal, and state business segments.

The Horizon Group’s rise to prominence was highlighted when Horizon was awarded the Regional Supplier Of The Year Award by the National Minority Supplier Development Council in 2016 and South Region Minority Supplier Development Council Supplier Of The Year Award in 2003. Horizon been chronicled in publications including Business Alabama, Minority Business News USA, The Birmingham News, and Bucknell Magazine.

Frank is a native of the distressed and widely chronicled Anacostia area of Washington DC and an Electrical Engineering (BSEE) graduate of Bucknell University (Class Of 1982) with distinction. Frank is also a previous William Randolph Hearst Foundation United States Senate Youth scholar. After graduating from Bucknell, Frank began a distinguished twenty-year career with corporations including the Westinghouse Electric, Honeywell, The Invensys Group, and Johnson Controls. In his last Fortune 500 corporate role, Frank was the Director of Planning and Acquisitions for Johnson Controls and was winner of the Presidents Inner Circle award.

After leaving Bucknell, Frank also continued his education and received his Masters’ degree (MBA) in Business from the University of Alabama at Birmingham and his executive diploma from the Tuck School of Business at Dartmouth. Frank is very active in the community as a member of The National Minority Supplier Development Council, The Association for Strategic Planning, The Georgian Club, as the previous Vice President and Strategic Planning Chair of The Bucknell University Alumni Association Board of Directors, and as a current member of the University of Alabama at Birmingham Business School Advisory Board. Frank is currently listed in Who's Who Among African Americans and has been cited in that publication for the past 25 years as a result of his professional accomplishments. 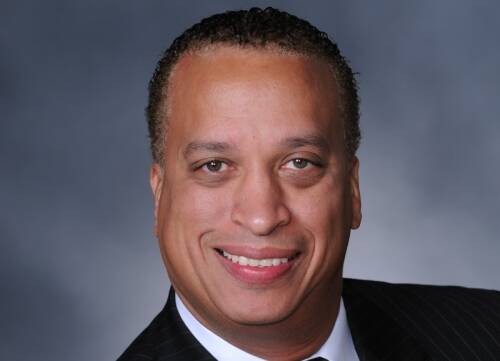