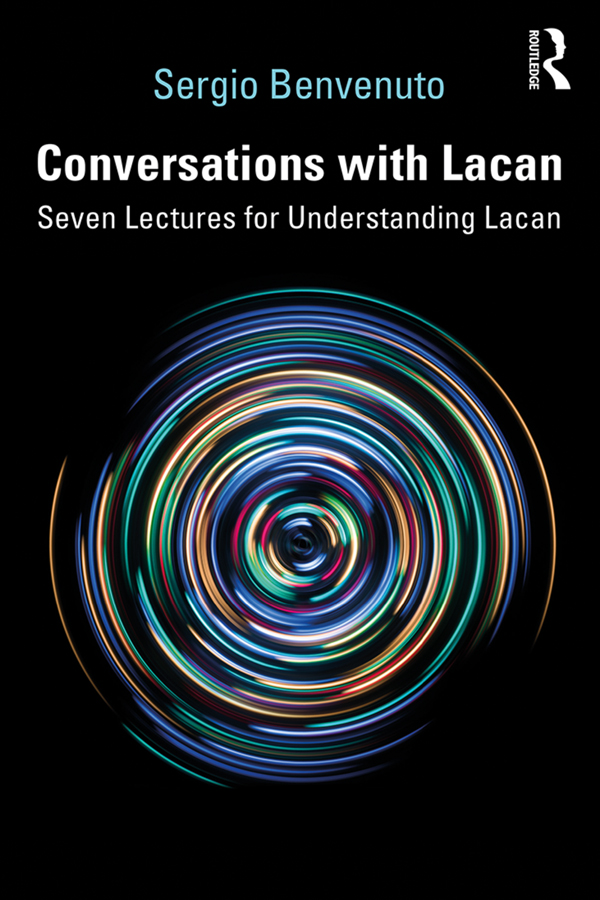 Conversations with Lacan: Seven Lectures for Understanding Lacan brings a unique, non-partisan approach to the work of Jacques Lacan, linking his psychoanalytic theory and ideas to broader debates in philosophy and the social sciences, in a book that shows how it is possible to see the value of Lacanian concepts without necessarily being defined by them.

In accessible, conversational language, the book provides a clear-sighted overview of the key ideas within Lacan’s work, situating them at the apex of the linguistic turn. It deconstructs the three Lacanian orders – the symbolic, the imaginary, and the real – as well as a range of core Lacanian concepts, including alienation and separation, après-coup, and the Lacanian doctrine of temporality. Arguing that criticism of psychoanalysis for a lack of scientificity should be accepted by the discipline, the book suggests that the work of Lacan can be helpful in re-conceptualizing the role of psychoanalysis in the future.

This accessible introduction to the work of Jacques Lacan will be essential reading for anyone coming to Lacan for the first time, as well as clinicians and scholars already familiar with his work. It will appeal to psychoanalysts, psychotherapists, and scholars of philosophy and cultural studies.

"Sergio Benvenuto brings a fresh look on Lacan and on psychoanalysis that couldn’t be more right. Right because it discerns extremely well what distinguishes from every 'lacanianism' and from every theoretical construction a concern for the real as an impossibility to give reason. It thus distinguishes what makes Lacan, before anything else, a thinker among thinkers." —Jean-Luc Nancy, is a French philosopher, Georg Wilhelm Friedrich Hegel Chair and Professor of Philosophy at The European Graduate School / EGS

"A conversation with Lacan is the last thing imaginable—he’s just so impenetrable, obstinate, clownish, exceptionally French! In this stunning, concise book, Sergio Benvenuto imagines the unimaginable, giving us a nondogmatic Lacan to converse, and even, play with. He turns Lacan’s tense flesh into feeling, life, and breath." —Jamieson Webster, psychoanalyst in New York, has written for the Guardian, the New York Times and is the author of several books

1 The dandy dentist: Lacan as a character

2 Lacan in the psychoanalysis of today

4 The three registers: the Real

5 Après-Coup, the future perfect, the hermeneutic circle, alienation and separation

7 Can we be Lacanians today?

Sergio Benvenuto is a Psychoanalyst in Rome, Editor of the European Journal of Psychoanalysis, and Researcher in the Institute of Sciences and Technologies of Cognition at the Italian Council for Scientific Research in Rome.