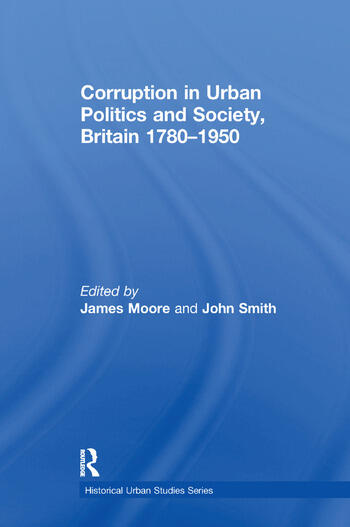 Despite much recent interest in the area of urban governance, little work has been done on the changing ethical standards of urban leaderships, 'governing' institutions or the policing of public life. Yet the issue of ethical standards in public life has become a central concern in contemporary public discourse; with issues of public probity, moral order and personal standards re-emerging as central features of political debate. This volume places these debates into their historical perspective by examining the linkages between processes of 'modernisation', urbanisation and the ethical standards of governance and public life. It considers how ethical debates arise as a result of differential access to positions of authority and from competition for public resources. The contributions are drawn from a wide range of scholarly and disciplinary backgrounds and provide a broad analysis of the phenomenon of corruption, assessing how debates about corruption arose, the narratives used to criticise established modes of public conduct and their consequences for urban leadership.

’...a valuable book that casts much light on the shadowy world of backhanders and double-dealing.’ History, the Journal of the Historical Association