Cosmological Fine-Tuning Arguments
What (if Anything) Should We Infer from the Fine-Tuning of Our Universe for Life? 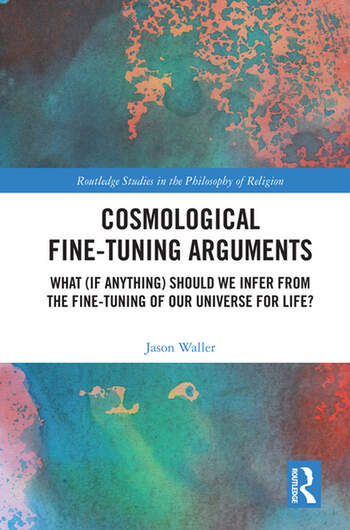 Cosmological Fine-Tuning Arguments: What (if Anything) Should We Infer from the Fine-Tuning of Our Universe for Life?

If the physical constants, initial conditions, or laws of nature in our universe had been even slightly different, then the evolution of life would have been impossible. This observation has led many philosophers and scientists to ask the natural next question: why is our universe so "fine-tuned" for life? The debates around this question are wide-ranging, multi-disciplinary, complicated, technical, and (at times) heated. This study is a comprehensive investigation of these debates and the many metaphysical and epistemological questions raised by cosmological fine-tuning. Waller’s study reaches two significant and controversial conclusions. First, he concludes that the criticisms directed at the "multiverse hypothesis" by theists and at the "theistic hypothesis" by naturalists are largely unsuccessful. Neither of these options can plausibly be excluded. Choosing between them seems to turn on primitive (and so hard to justify) metaphysical intuitions. Second, in order to break the philosophical deadlock, Waller moves the debate from the level of universes to the level of possible worlds. Arguing that possible worlds are also "fine-tuned" in an important and interesting sense, Waller concludes that the only plausible explanation for the fine-tuning of the actual world is to posit the existence of some kind of "God-like-thing."

Introduction: What Can We Make of These Strange Coincidences?

3. Learning from the Critics

Jason Waller is an associate professor of philosophy at Kenyon College in Gambier, Ohio. His previous books include the Routledge Philosophy Guidebook to Spinoza on Politics (2016) and Persistence through Time in Spinoza (2012).

"Jason Waller’s new book contains detailed consideration of the various forms this skepticism might take, and in each case, he provides convincing arguments for the conclusion that the fine-tuning skeptics are wrong." – Notre Dame Philosophical Reviews

"Many books on cosmic fine-tuning for life have been published in the last thirty years, but Jason Waller’s Cosmological Fine-tuning Arguments is the one philosophers will want to read first. It is the most philosophically rich treatment of the topic since John Leslie’s Universes. In addition to providing a comprehensive and even-handed survey of the relevant literature, Waller has developed an array of novel arguments concerning the deep metaphysical, epistemological, theological, scientific, logical, and mathematical issues at the heart of the fine-tuning argument for the existence of God. Highly recommended." — Neil A. Manson, the University of Mississippi, editor of God and Design: The Teleological Argument and Modern Science

"This book is by far the best book on the topic that I have seen. It is a thorough, philosophically sophisticated, and up-to-date engagement with the byzantine morass of issues pertaining to cosmological fine-tuning arguments. It is now essential reading for anyone who wants to make a novel contribution to the literature on the topic. It will be of interest both to specialists (interested scientists and philosophers) and to non-specialists interested in fine-tuning and related questions from the philosophy of science." — Cory Juhl, University of Texas at Austin, author of a number of influential scholarly papers on cosmological fine-tuning

"Waller has written a fantastic book, offering the most sustained and insightful discussion of fine-tuning arguments for God’s existence to date. A proper evaluation of fine-tuning arguments requires consideration of some very technical material, and Waller manages to make accessible topics such as Bayesian inference and observation selection effects. But, refreshingly, Waller also keeps directly in his sights the "bigger" picture, i.e the contesting commitments of theism and naturalism. I look forward to using this book in my undergraduate courses on science and religion." — Lawrence Shapiro, University of Wisconsin at Madison, author of The Miracle Myth: Why Belief in the Resurrection and Supernatural is Unjustified

"Waller has written an extremely thoughtful treatment of the cosmological fine-tuning considerations and their claimed consequences, rich in nuance and detail. Recommended reading for everyone interested in the discussion, whether favourably inclined to the idea of a designer or not." — Simon Friederich, University of Groningen, author of the Stanford Encyclopedia of Philosophy article on "Fine-Tuning."

"Waller’s book is an impressive and comprehensive discussion of fine-tuning arguments. A must read for scientists, philosophers and theologians who want to explore this most intriguing cosmic puzzle." — Clément Vidal, Free University of Brussels, author of The Beginning and the End: The Meaning of Life in a Cosmological Perspective

"Jason Waller’s Cosmological Fine-Tuning is exactly what is needed by anyone interested in this fascinating topic. He has mastered the technical issues and presented them clearly and accurately. The argument is judicious, fair, and nuanced and the conclusions are solidly supported. Highly recommended." — Keith Parsons, University of Huston at Clear Lake, author of God and the Burden of Proof and Why I am Not a Christian

"The fine-tuning of the universe for life raises a whole range of fascinating issues in physics, biology, philosophy and theology. Thanks to its fundamental physical constants and initial conditions, our universe has the seemingly very rare ability to support life forms. What should we conclude from this?  Waller has done an admirable job of surveying the relevant terrain, from the probability and the philosophy of science, to the current state of fine-tuning in the physics literature, to modern formulations of the teleological argument. Highly recommended." — Luke Barnes, Theoretical Astrophysicist, Cosmologist and Postdoctoral Researcher at Western Sydney University and author (with Geraint F. Lewis) of Fortunate Universe: Life in a Finely-Tuned Cosmos

"Waller dives into the many complexities of the fine-tuning argument, summarizing, explaining, and opining on a range of big issues in metaphysics, epistemology, and philosophy of science with admirable clarity and comprehensiveness. Staking out positions on the value of metaphysical arguments in general, the legitimacy of theorizing about possibilities outside the scope of physical theory, and the import of empirical discoveries from within the sciences, Waller offers some compelling arguments. In the final, more speculative chapter, Waller extends his analysis in a novel direction, considering the question of whether the simple fact of our world’s being the way it is—out of the possible ways a world could have been, abstracting from the physical facts of our universe—also reveals a kind of fine-tuning. The book, as a whole, presents much that should be of interest, both for the expert in the field and for the curious layperson." — Peter Epstein, University of California at Berkeley, author of a number of scholarly articles papers on fine-tuning and the multiverse hypothesis