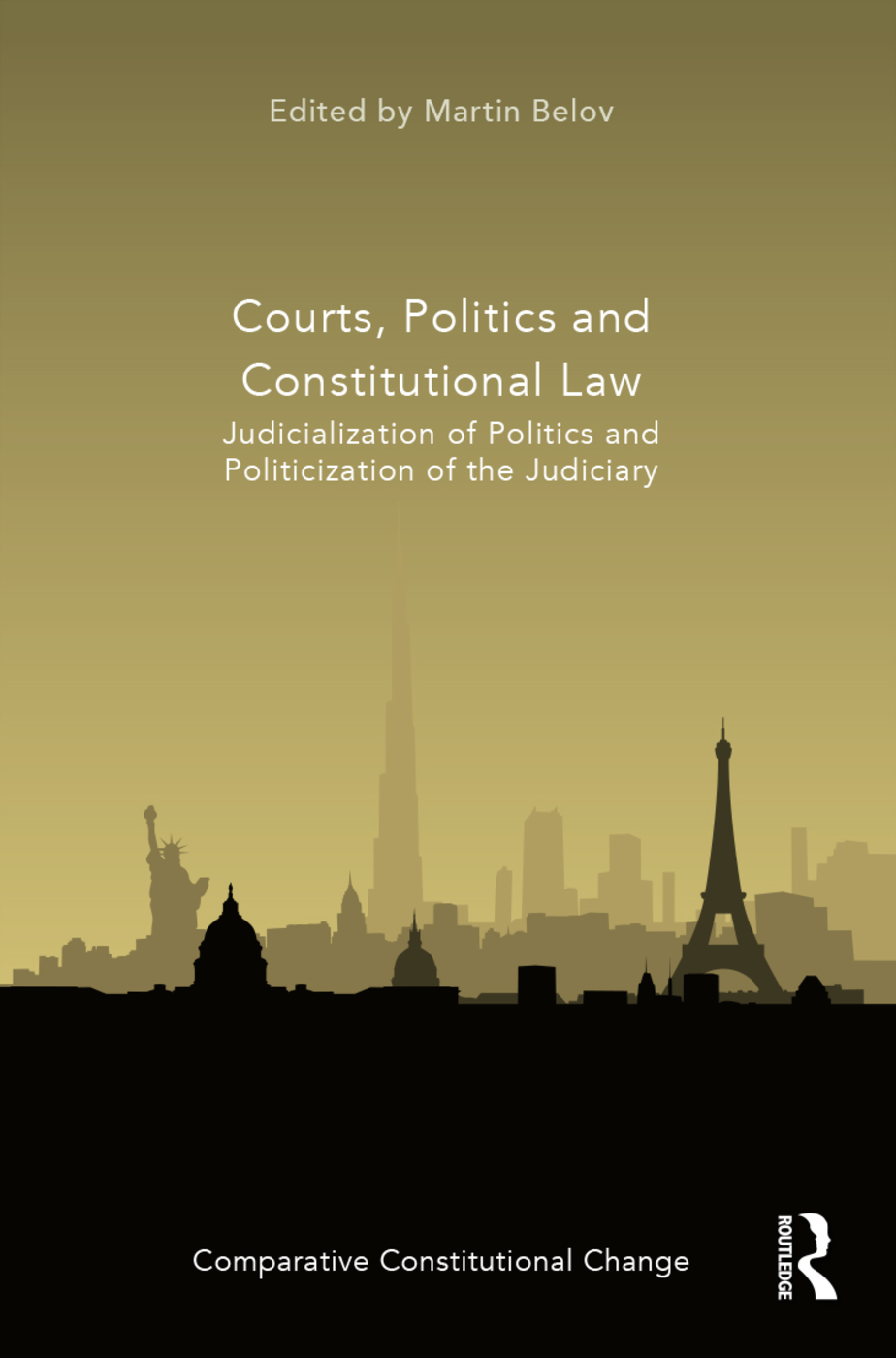 Judicialization of Politics and Politicization of the Judiciary, 1st Edition

This book examines how the judicialization of politics, and the politicization of courts, affect representative democracy, rule of law, and separation of powers.

This volume critically assesses the phenomena of judicialization of politics and politicization of the judiciary. It explores the rising impact of courts on key constitutional principles, such as democracy and separation of powers, which is paralleled by increasing criticism of this influence from both liberal and illiberal perspectives. The book also addresses the challenges to rule of law as a principle, preconditioned on independent and powerful courts, which are triggered by both democratic backsliding and the mushrooming of populist constitutionalism and illiberal constitutional regimes.

Presenting a wide range of case studies, the book will be a valuable resource for students and academics in constitutional law and political science seeking to understand the increasingly complex relationships between the judiciary, executive and legislature.

Part I. Courts and Democracy;

1. Democracy and Courts beyond the Ideological Banality;

2. Disempowering courts. The Interrelationship between Courts and Politics in Contemporary Legal Orders;

Part II. Courts and Their Relationship with Legislative and Executive Power;

3. Courts and Legislation: Do Legislators and Judges Speak the Same Language?;

4. Text, Values and Interpretation - The Role of Judges and Legislative Power in Private Law;

5. Supreme Courts in Sweden: From Civil Servants to ‘Real’ Judges?;

6. From Separation of Powers to Superiority of Rights: the Italian Constitutional Court and End-of-Life Decisions;

Part III. Courts, Constitution-Making, and the Separation between Constituent and Constituted Powers;

7. The Negative Legislator: On Kelsen’s Idea of a Constitutional Court;

9. Courts in the Constitution making process: Paradoxes and Justifications;

Part IV. The Role of Courts in the Context of Democratic Backsliding, Illiberal Democracies and Populist Constitutionalism;

12. The Use of the EU Infringement Procedures to Protect De Facto the Rule of Law via the Development of the Parameter. From Obligations under the Treaties to the Charter of Fundamental Rights;

Dr Martin Belov is Associate Professor in Constitutional and Comparative Constitutional Law at the University of Sofia ‘St Kliment Ohridski’, Faculty of Law. He is also Vice Dean of the same law faculty. In addition, he has been a project researcher at Max-Planck Institute for European Legal History (Frankfurt am Main, Germany) and a visiting researcher at the Institute for Federalism (Fribourg, Switzerland). He has specialized at the University of Oxford, UK; Max- Planck Institute for Comparative Public Law and International Law, Heidelberg, Germany; University of Cologne, Germany; and many other European academic institutions.

Comparative Constitutional Change has developed into a distinct field of constitutional law. It encompasses the study of constitutions through the way they change and covers a wide scope of topics and methodologies. Books in this series include work on developments in the functions of the constitution, the organization of powers and the protection of rights, as well as research that focuses on formal amendment rules and the relation between constituent and constituted power. The series includes comparative approaches along with books that focus on single jurisdictions, and brings together research monographs and edited collections which allow the expression of different schools of thought. While the focus is primarily on law, where relevant the series may also include political science, historical, philosophical and empirical approaches that explore constitutional change.

Xenophon Contiades is Professor of Public Law, School of Social and Political Sciences, University of Peloponnese and Director of the Centre for European Constitutional Law-Themistocles and Dimitris Tsatsos Foundation, Athens, Greece.

Thomas Fleiner is Emeritus Professor of Law at the University of Fribourg, Switzerland. He teaches and researches in the areas of Federalism, Rule of Law, Multicultural State; Comparative Administrative and Constitutional Law; Political Theory and Philosophy; Swiss Constitutional and Administrative Law; and Legislative Drafting. He has published widely in these and related areas.

Alkmene Fotiadou is Research Associate at the Centre for European Constitutional Law, Athens.