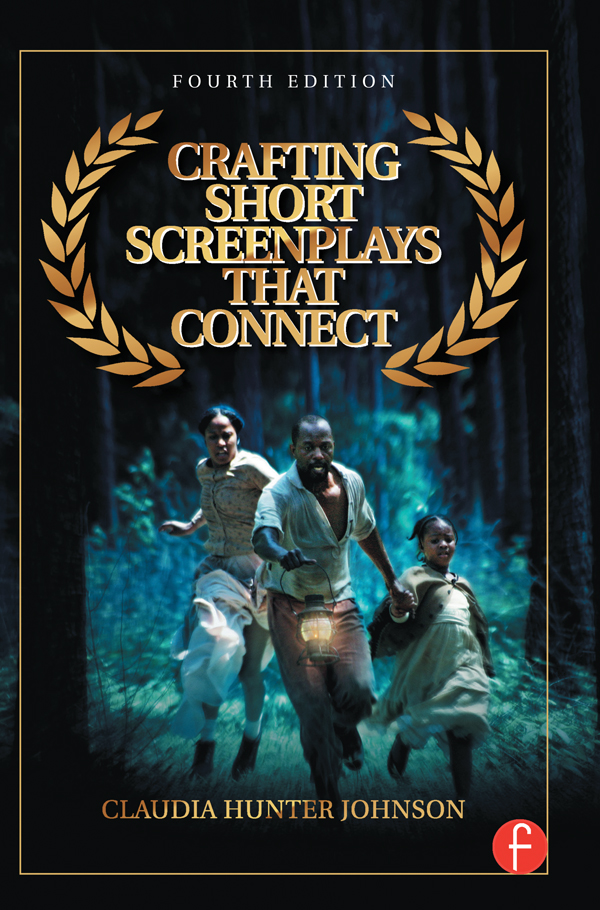 Crafting Short Screenplays That Connect, Fourth Edition stands alone among screenwriting books by emphasizing that human connection, though often overlooked, is as essential to writing effective screenplays as conflict. This groundbreaking book will show you how to advance and deepen your screenwriting skills, increasing your ability to write richer, more resonant short screenplays that will connect with your audience.

With her candid, conversational style, award-winning writer and director Claudia Hunter Johnson teaches you the all-important basics of dramatic technique and guides you through the challenging craft of writing short screenplays with carefully focused exercises of increasing length and complexity. In completing these exercises and applying Claudia’s techniques and insights to your own work, you will learn how to think more deeply about the screenwriter’s purpose, craft effective patterns of human change, and strengthen your storytelling skills.

This new edition has been expanded and updated to include:

"Claudia Johnson leads the reader through the process of writing the short film, along the way illuminating something much bigger—how to write great drama in any form."

"Crafting Short Screenplays That Connect, Fourth Edition is an incredible, insightful guide to writing an effective, engaging short screenplay. Claudia Johnson takes the reader through the journey of crafting screenplays using connection as the path."

Claudia Hunter Johnson is a writer/director whose feature documentary The Other Side of Silence: The Untold Story of Ruby McCollum won Best Florida Documentary Film at the 2012 Ft. Lauderdale International Film Festival and the Gold Jury Prize at the 2013 Social Justice Film Festival. She recently completed (with Matt Stevens) the feature screenplay Ruby, based on her documentary. A nationally recognized advocate for free speech, she won the inaugural P.E.N./Newman’s OwnFirst Amendment Award, and her critically acclaimed memoir Stifled Laughter: One Woman’s Story About Fighting Censorship was nominated for the Pulitzer Prize. She is a member of the founding faculty at the Florida State University College of Motion Picture Arts where she continues to teach screenwriting courses.