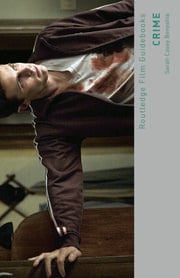 Crime films have, since the earliest days of cinema, been popular with audiences, industry and critics alike and encompassed a diverse range of subjects, styles and themes. The genre provides a range of pleasures for the spectator, from taking on the role of the detective in the pursuit of clues in the ‘whodunit’, to the more illicit thrills of identification with an anti hero. In the many incarnations of the crime film such as the gangster, film noir, political and detective thrillers, the genre explores the anxieties of different historical moments.

Sarah Casey Benyahia provides an overview of the development of the crime film and examines the key theories and ideas involved in the study of the genre. These include; the investigative structure and narration of the crime film, the aesthetics of violence and issues of representation and ideology. These areas are explored through contemporary and classic, Hollywood and European cinema with case studies on the history of the genre, the role of the detective, the 'family crime' film and the conspiracy thriller.

Crime provides a broad framework to the study of the genre through the introduction of narrative, genre and audience theories as well as detailed analysis of specific films.

1. The Development of the Genre: Introduction and Context  2. The Appeal of Violence  3. Narrative Structure and Narration in the Crime Film: the Function of the Investigation  4. Crime and Society: Ideology and Genre  Filmography  Bibliography

Sarah Casey Benyahia is Head of Film Studies at Colchester Sixth Form College. She is the author of Teaching Contemporary British Cinema (2005) and co author of AS and A2 Film Studies: The Essential Introduction (Routledge, 2008 and 2009).