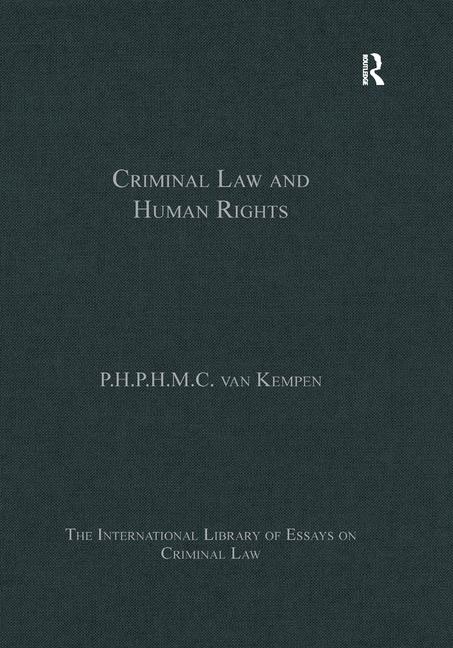 Professor Dr. P.H.P.H.M.C. van Kempen is Professor of Criminal Law and Criminal Procedure Law, and Chair of the Department of Criminal Law, Criminal Procedure Law and Criminology at Radboud University, Nijmegen, The Netherlands. He is Secretary-General of the International Penal and Penitentiary Foundation (IPPF) and part-time Justice (Judge) at the Court of Appeals, ’s-Hertogenbosch, The Netherlands.