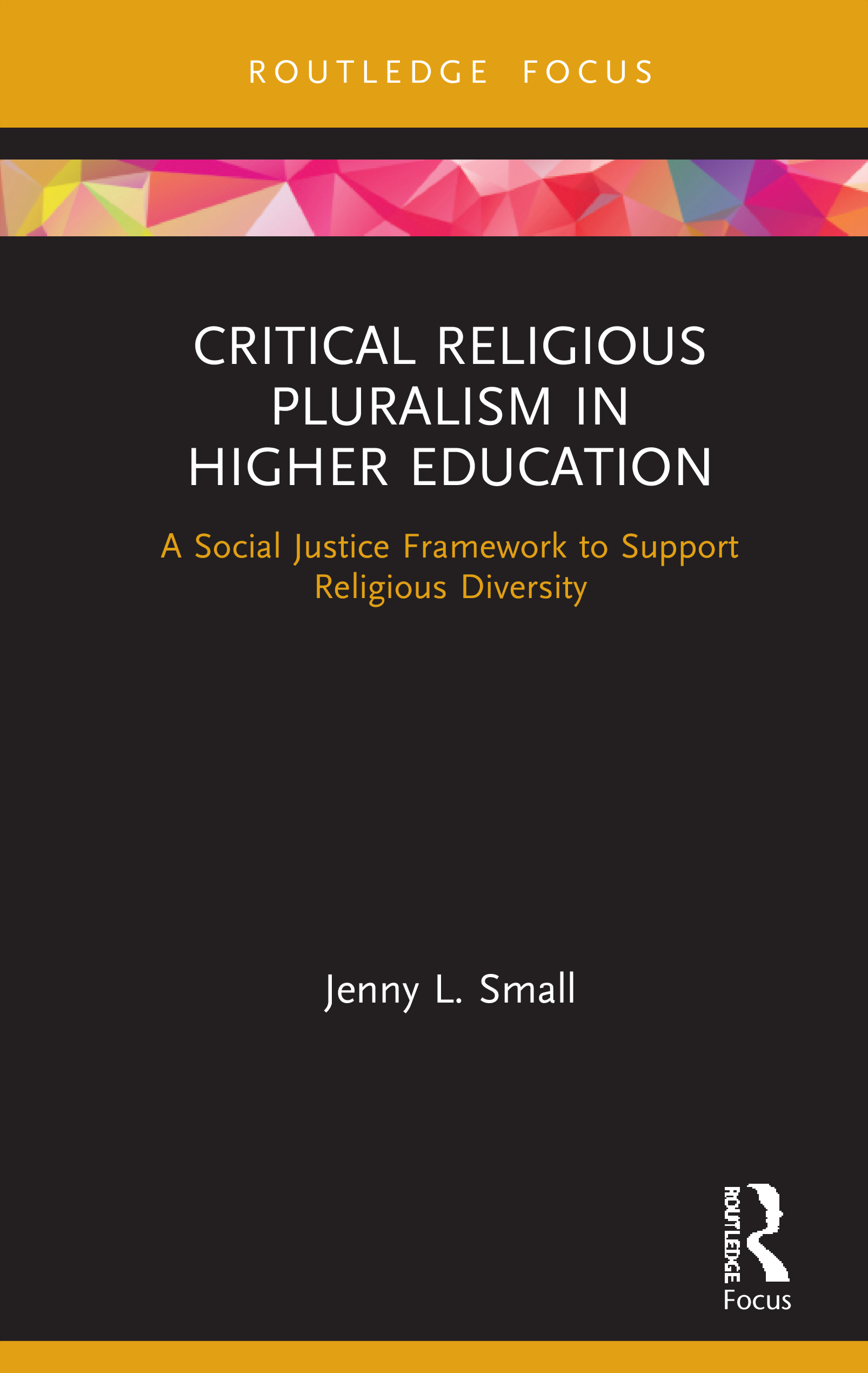 This text presents a new critical theory addressing religious diversity, Christian religious privilege, and Christian hegemony in the United States. It meets a growing and urgent need in our society—the need to bring together religiously diverse ways of thinking and being in the world, and eventually to transform our society through intentional pluralism.

The primary goal of Critical Religious Pluralism Theory (CRPT) is to acknowledge the central roles of religious privilege, oppression, hegemony, and marginalization in maintaining inequality between Christians and non-Christians (including the nonreligious) in the United States. Following analysis of current literature on religious, secular, and spiritual identities within higher education, and in-depth discussion of critical theories on other identity elements, the text presents seven tenets of CRPT alongside seven practical guidelines for utilizing the theory to combat the very inequalities it exposes. For the first time, a critical theory will address directly the social impacts of religious diversity and its inherent benefits and complications in the United States.

will appeal to scholars, researchers, and graduate students in higher education, as well as critical theorists from other disciplines.

"Jenny Small’s introduction of Critical Religious Pluralism Theory (CRPT) arrives at a time when dialogue across differences is volatile and especially polarizing. Along with others who are marginalized--those with minoritized religious, secular, and spiritual identities are under attack.  CRPT creates a space to refocus the discussion in a way that both illuminates and pulls at the threads of religious privilege.

Bringing together critical theory with the ideals of religious pluralism creates an important pathway to developing plans of actions for leaders. It also provides a framework to question approaches to studying related phenomenon for researchers and practitioners in higher education. This approach situates Christianity in a broader societal context and questions its pervasive influence over the culture. Applying CRPT clears a space for dialogue within a community whereby everyone can consider what it means to have equal representation for all belief systems.  Simultaneously, the theory provides a lens of analysis that does not prioritize only subjugating or dismissing Christianity but names its influence.  Small’s CRPT can also be used to analyze policies and practices by raising awareness -- in the way that only critical theories can do – by demanding an examination of the fundamental assumptions that drive Christian privilege which reinforces its dominion and perpetuates the inequity.  This approach pushes back on the academic leanings that there is only ‘single-truth’ and rests within the complexity that multiple-truths can exist simultaneously! CRPT invites complexity and provides a strategy that a reader can use to resist religious oppression perpetuated by a religion’s hegemony. CRPT reveals a different way to deconstruct the power of religious privilege that reaches beyond tolerance of and toward liberation for all religious, secular, and spiritual belief systems."

"This book addresses a commonly overlooked element of diversity within higher education, and indeed US society at large: religion. While there is a hesitancy among the public, and educators in particular, to discuss religious issues, Dr. Small makes the case that we can and should engage with religion, religious practice, and religious diversity in higher education using a pluralistic approach. Through a systematic review of existing literature in this area, she traces the development of research and theory on religion in US higher education to demonstrate the need for further, and more critical, theorizing on this matter. She then outlines her response to this glaring gap in scholarship with her proposed Critical Religious Pluralism Theory (CRPT). Practitioners, administrators, and scholars of higher education will find clear and concrete guidelines for applying CRPT to their work in higher education: from programmatic logistics to systemic reform. This book takes on one of the most foundational and enduring forms of power and oppression in the US, Christian hegemony, and asks readers to actively engage in pluralism so that we may create campuses and communities that value and embrace religious diversity."

, author of Critical Conversations about Religion: Promises and Pitfalls of a Social Justice Approach to Interfaith Dialogue.

"Recognizing that there are substantial inconsistencies in research and practice for a comprehensive critical analysis of how Christian privilege can colonize and oppress those who do not identify as Christian, Small adeptly shows how critical theory can provide the depth and breadth needed to transcend religious pluralism’s limitations in addressing the issues of power within the social and cultural order. More than just a synthesis of critical theory and religious pluralism, Critical Religious Pluralism Theory (CRPT) challenges moral relativism, the myth of secularism as neutral, and the intolerant religious views of others, while arguing that the "strongest believers in a particular religious faith" can be advocates of pluralism. Although Small concedes that this work, which is directed toward those in the higher education setting is only a starting point for CRPT, the implications of its powerful message can be used to change the broader "society along this axis of inequality" so that its application can "build a more just, moral, and inclusive society…."

, Co-Editor of Journal of College & Character.

"Dr. Small has written a volume that has such tremendous depth, breadth, and potential to change higher education it can hardly be underestimated. Her ability to interweave historic threads of Critical Race Theory, Lat. Critical Theory, and others shows her astuteness to the intersection of this vital issue of identity.  Critical Religious Pluralism Theory (CRPT) has the potential to become the next important theoretical development within the academy and has significant impact potential for higher education, businesses, non-profits, and all institutions in which religious, secular, and spiritual identities are a part of."

, Founder and Executive Director, Convergence on Campus, US.

Jenny L. Small is an independent scholar, teacher, and facilitator on the topics of religious pluralism and college student worldviews. She also serves as the Director of Communications at Convergence. She holds a Ph.D. in Higher Education from the University of Michigan, USA.