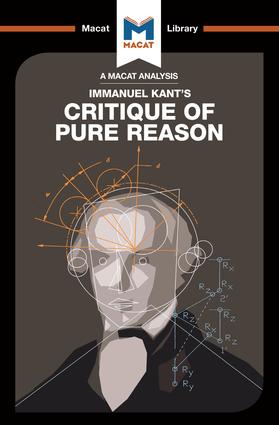 Immanuel Kant’s Critique of Pure Reason is one of the most influential works in the history of philosophy – not to mention one of the most challenging. Its topic is the nature of human knowledge, and the question of whether or not it is possible to have knowledge of the world at all.

Over two centuries later, Kant’s treatise remains a subject of fierce debate among philosophers, who continue to offer new interpretations of his meaning. What is not in doubt is the work’s originality and brilliance – nor its mastery of creative thinking.

Creative thinkers are able to bring a new perspective to questions and problems, look at things from a different angle, and show them in a fresh light. Kant achieved this by mediating between the two major schools of philosophical thought concerning knowledge – empiricism and rationalism – to create a complex third way. Where empiricists believed all knowledge is founded on experience, and rationalists believed true knowledge is founded on reason alone, Kant evaluated their arguments and proposed a third position – one incorporating elements of both, but within specific limits. As infamously dense as it is profound, Kant’s Critique shows creative thinking operating at a level few can aspire to reach.

Who was Immanuel Kant?

What does Critique of Pure Reason Say?

Why does Critique of Pure Reason Matter?

Dr Michael O’Sullivan is a tutor in the Department of Philosophy, King’s College London. He is the editor of Wittgenstein and Perception.