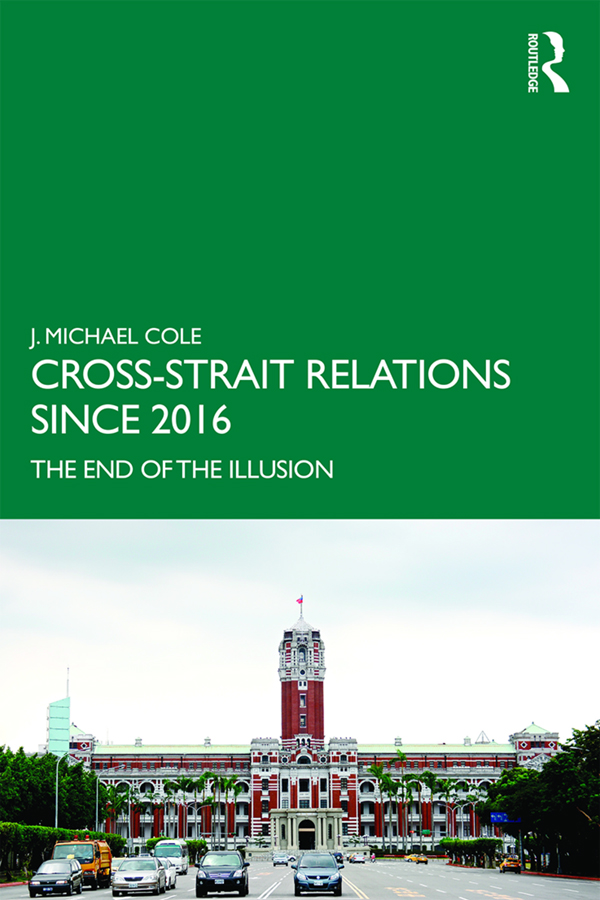 The End of the Illusion, 1st Edition

Cross-Strait Relations Since 2016: The End of the Illusion examines the situation in the Taiwan Strait since the election of Tsai Ing-wen of the Democratic Progressive Party in the January 2016 general elections.

Tracking the pragmatic approach taken by the Tsai administration, this book positions the recent developments within a changing geopolitical context and analyzes Beijing’s reactions to an environment which has become increasingly skeptical of its intentions. It shows that despite President Tsai’s commitment to the "status quo" in the Taiwan Strait and pro-democracy policies, which have been well received by the international community, Xi Jinping continues to advocate for a unification policy which remains very unpopular in Taiwan. With in-depth, on-the-ground analysis based on access to various government actors in Taiwan and abroad, the author takes a deep dive into a highly complex relationship that is often misunderstood abroad, with stakes that have direct implications for the future stability of the Indo-Pacific region.

The first English language book to provide a full assessment of the four years of DPP rule since 2016, this book will be useful to students and scholars of Asian Studies and Taiwan Studies, as well as Security Studies, Politics and International Relations.

Part 1: The illusion is broken

3. Trouble in the green camp

Part 2: The regional and global context

6. The future of the Japan-Taiwan partnership

7. Taiwan and the world: isolation vs. creative engagement

Part 3: The road ahead

8. Democracy under the DPP: a scorecard

9. Reinventing Taiwan for the 21st century

J. Michael Cole is a Taipei-based senior non-resident fellow with the Global Taiwan Institute in Washington, D.C., the Macdonald-Laurier Institute in Ottawa, Canada, and the Taiwan Studies Programme at the University of Nottingham, UK.