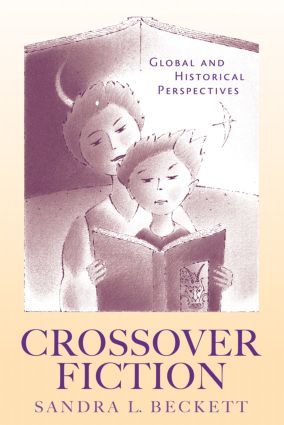 In Crossover Fiction, Sandra L. Beckett explores the global trend of crossover literature and explains how it is transforming literary canons, concepts of readership, the status of authors, the publishing industry, and bookselling practices. This study will have significant relevance across disciplines, as scholars in literary studies, media and cultural studies, visual arts, education, psychology, and sociology examine the increasingly blurred borderlines between adults and young people in contemporary society, notably with regard to their consumption of popular culture.

"The most significant strength of Beckett’s book is her scope. Beckett devotes significant portions of her book to authors and titles from a global perspective, including authors (both well known and lesser known) from Italy, Germany, Spain, France, Canada, Japan, Brazil, Norway, Ireland, Scotland, India, South Africa, Australia, Poland, the Netherlands, and the Ukraine, to name just a few. As a resource for titles, authors, and publishers, the book seems invaluable." --The Lion and the Unicorn 33 (2009)

"Beckett's book makes a compelling case for the end of separate categories of literature for children and adults and an "all-ages" approach to writing and publishing fiction."--Susan Stand, Central Michigan University

Chapter Two: Rewriting for Another Audience

Chapter Six: Publishers and the Marketplace

Epilogue: Causes and Consequences of the Current Crossover Craze

Sandra L. Beckett is Professor of French at Brock University. She is the author of Red Riding Hood for All Ages: A Fairy Tale Icon in Cross-Cultural Contexts (forthcoming), Recycling Red Riding Hood, and De grands romanciers écrivent pour les enfants. She is the editor of Transcending Boundaries: Writing for a Dual Audience of Children and Adults and Reflections of Change: Children’s Literature Since 1945, and the co-editor of Beyond Babar: The European Tradition in Children’s Literature.