Cultural Diplomacy and the Heritage of Empire
Negotiating Post-Colonial Returns 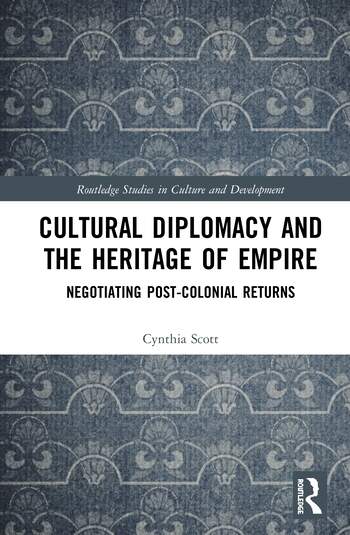 Cultural Diplomacy and the Heritage of Empire: Negotiating Post-Colonial Returns

Cultural Diplomacy and the Heritage of Empire analyzes the history of the negotiations that led to the atypical return of colonial-era cultural property from the Netherlands to Indonesia in the 1970s. By doing so, the book shows that competing visions of post-colonial redress were contested throughout the era of post-World War II decolonization.

Considering the danger this precedent posed to other countries, the book looks beyond the Dutch-Indonesian case to the “Elgin (Parthenon) Marbles” and “Benin Bronzes” controversies, as well as recent developments relating to returns in France and the Netherlands. Setting aside the “universalism versus nationalism” debate, Scott asserts that the deeper meaning of post-colonial cultural property disputes in European history has more to do with how officials of former colonial powers negotiated decolonization, while also creating contemporary understandings of their nations’ pasts. As a whole, the book expands the field of cultural restitution studies and offers a more nuanced understanding of the connections drawn between postcolonial national identity making and the extension of cultural diplomacy.

Cultural Diplomacy and the Heritage of Empire

offers a new perspective on the international influence of the UNGA and UNESCO on the return debate. As such, the book will be of interest to scholars, students and practitioners engaged in the study of cultural property diplomacy and law, museum and heritage studies, modern European history, post-colonial studies and historical anthropology.

Introduction: the Netherlands and Indonesia: a rare success in the history of post-colonial returns

2 Cultural diplomacy at a crossroads: the Dutch struggle with Sukarno’s Indonesia, 1950–65

4 Returning cultural property: continuity and change in the cultural diplomacy of the Dutch center-left, 1970–79

is a historian and heritage scholar who earned a PhD in History from Claremont Graduate University in Los Angeles, California. Her career began at the Getty Information Institute, a former operating program of the J. Paul Getty Trust, where she managed numerous projects and helped lead a collaborative endeavor with UNESCO, the Council of Europe, INTERPOL and the International Council of Museums, that developed “Object ID”—the international documentation standard for identifying cultural objects in the event of theft.