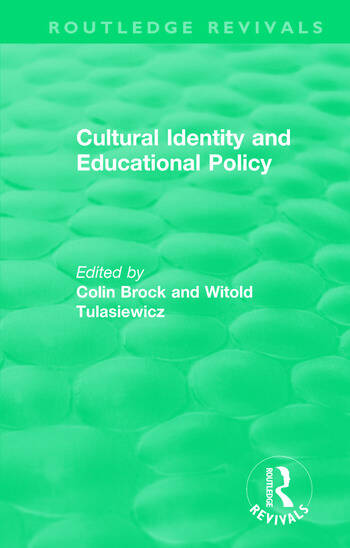 Published in 1985. Cultural identity is a key factor in shaping educational policy. In many countries there are significant minority groups who require educating in a certain way in order to meet their specific cultural needs. Also, in countries which are trying to change direction politically, reshaping education is an important factor in bringing about this change. In many countries tension arises and reforms are required because educational policy fails to cater correctly for cultural needs.ă€€

This book examines many facets of the problem in many important countries of the world.ă€€It looks at policies designed for ethnic minorities and at policies aimed at bringing about far-reaching societal and cultural change. It discusses the tensions caused byă€€policies and the pressures for reform.ă€€