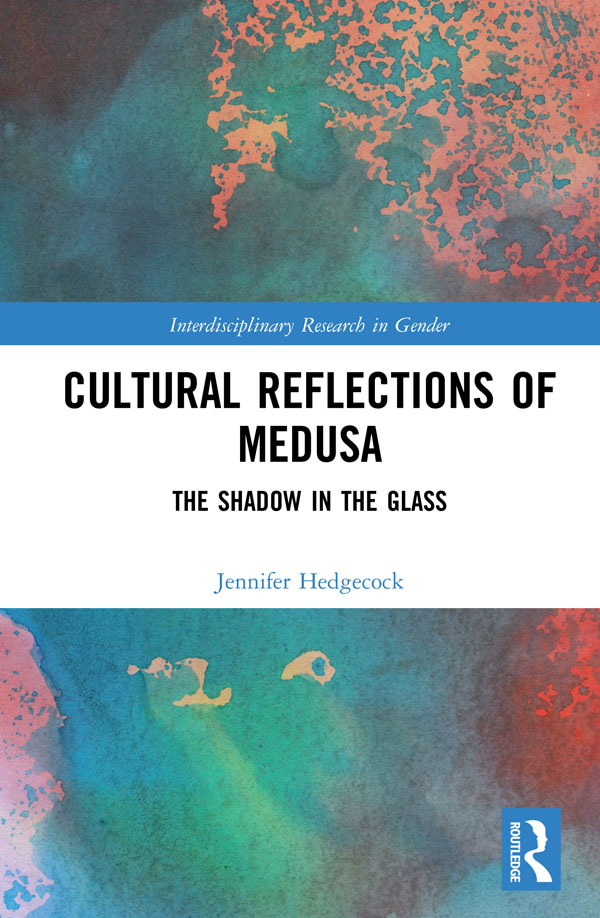 The Shadow in the Glass, 1st Edition

The myth of the Medusa has long been the ultimate symbol of woman as monster. With her roots in classical mythology, Medusa has appeared time and again throughout history and culture and this book studies the patterns in which the Medusa myth shapes, constructs, and transforms new meanings of women today. Hedgecock presents an interdisciplinary and broad historical “cultural reflections” of the modern Medusa, including the work of Maria Callas, Nan Goldin, the Symbolist painters and twentieth-century poets.

This timely and necessary work will be key reading for students and researchers specializing in mythology or gender studies across a variety of fields, touching on interdisciplinary research in feminist theory, art history and theory, cultural studies, and psychology.

PART I: The Myth

Introduction: The Shadow in the Glass

2. The Historical and Mythical Origins of Medusa

The Medusa Head in Greek Myth

3. Symbolism in the Medusa Myth

The Decapitated Head of Medusa

The Rite of Passage

Philosophical Influences on the Symbolist Movement

4. Jean Delville and The Idol of Perversity

6. Edvard Munch and the Fatal Woman of Medusa

Early Influences on the Artist

The Cat and Medusa Motifs

The Use of the Mask

The Medusa Head in Art

Nan Goldin and A New Vision of Medusa

Jennifer Hedgecock is Professor of English at Saddleback College and teaches Shakespeare’s plays, early British literature, and world literature. She has also taught at the University of California, Irvine and Michigan State University. Her publications include The Sexual Threat and Danger of the Femme Fatale in Victorian Literature (2008) and “William Blake and The Road to Hell: Demystifying the Cultural Iconoclasm of the Hells Angels,” in Rethinking Madness: Interdisciplinary and Multicultural Reflections (2019).