Culture and the Judiciary
The Anthropologist Judge 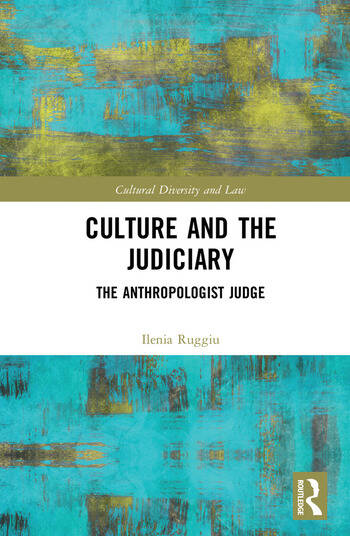 Culture and the Judiciary: The Anthropologist Judge

How can jurists resolve multicultural conflicts? Which kind of questions should judges ask when culture enters the horizon of the law? Are they then called to become anthropologists? Through the analysis of hundreds of cases produced through decades of multicultural jurisprudence, this book reconstructs the constitutional and anthropological narratives and the legal techniques used by Western judges to face the challenges posed by multiculturalism: from Japanese parent–child suicide to the burqa, from Jewish circumcision to Roma begging, from kissing a son on his genitals to the claim of indigenous people to fish salmon in natural parks, the book brings the reader into a fascinating journey at the crux of the encounter between the relativism of anthropology and the endeavor toward a democratic coexistence pursued by the law. After identifying the recurrent themes or topoi used by judges and lawyers, this book critically analyzes them, evaluates their persuasive power and suggests a "cultural test" that gathers together the crucial questions to be answered when resolving a multicultural dispute. The "cultural test" is a matrix that guides the judge, lawyers and legislatures across the intricate paths of multiculturalism, to assure a relational dialogue between the law and anthropology.

Part I: Descriptive Analysis: The use of culture by judges

Chapter1: In medias res: the cases

1. Parents who kill their children

Chapter 2: The resolution of multicultural conflicts in Western comparative jurisprudence. In search of a common tradition and reliable legal techniques

2. The distinction between culture and religion in constitutional law: the topos of God

3. The emergence of cultural and religious tests

4. The cultural test of the United Nations Human Rights Committee: the topos of graduation

7. English jurisprudence: the topos of time

9. German jurisprudence: the topoi of harm and consent

10. The jurisprudence of the European Court of Human Rights: the topoi of diversity as a public value and of the impact on the majority

11. From culture to gender. The topos of female equality

12. Toward a common Western legal tradition on the resolution of multicultural conflicts?

Chapter 3: Concepts of culture in anthropology and judicial reasoning

1. Deconstructive analysis of the concept of culture

2. Culture as artifact. Reifications, synecdoches, metonymies in judicial reasoning: the veil and the crucifix

3. Culture as the evolution of civilization. Primitivism and the judge faced with the "time factor"

4. Culture as exoticism. The irresistible charm of the "different" on the judge

5. Culture as relativism. The abandonment of reasoning in modus iuridicus in favor of modus anthropologicus

6. Culture as an attribute that only the other has. The "culturalization" of foreigners

7. Culture as interpretation and translation. The search for the "cultural equivalent" in the host culture

8. Culture as authenticity. The judge in search of "pure" cultures

11. Culture as ethnosphere. Cultural diversity as a value for the whole society

12. Turning away from culture in anthropology. The crisis of multiculturalism in the law

13. Culture as patriarchy: the feminist objection to culture. The shifting from "culturally motivated crimes" to "gender crimes" in the law

14. Relevance of the concept of culture and endorsement of a new relation between law and anthropology

Part III: Prescriptive Analysis: A proposal of a cultural test

Chapter 4: A test as contribution to the resolution of multicultural conflicts

2. An overview of the structure of the proposed test

3. Topoi not included: antiquity of the practice, distinctiveness, time of residence

4. The premise of the test: to take the other's perspective

7. The role of cultural expertise within the test

9. How to introduce the test into the legal systems

10. Applying the test to concrete conflicts

Ilenia Ruggiu is Professor of Constitutional Law at the University of Cagliari. She holds a PhD in European and Public Law from the University of Palermo. She is the author of Interpreting Culture in Italian Courts: A Proposal of a Cultural Test (LEHR 2016).

`This book is a must-read for judges and lawyers who want to deepen their anthropological knowledge and ready themselves to face the challenges posed by the multicultural transformation of their societies.’

`Ruggiu belongs to the school that believes that once one has identified a complex problem our task is to seek solutions. The school I belong to identifies a complex problem and then shows how much more complex it is. I teach Law & Culture and am aware of the complexity. The book was enriching in making me realize how much even more complex it is.  No small feat'. ̶ `10 Good Reads’, J. H. H. Weiler, New York University School of Law; Co-Editor-in-Chief, I·CON http://www.iconnectblog.com/2019/12/10-good-reads/#more-9300