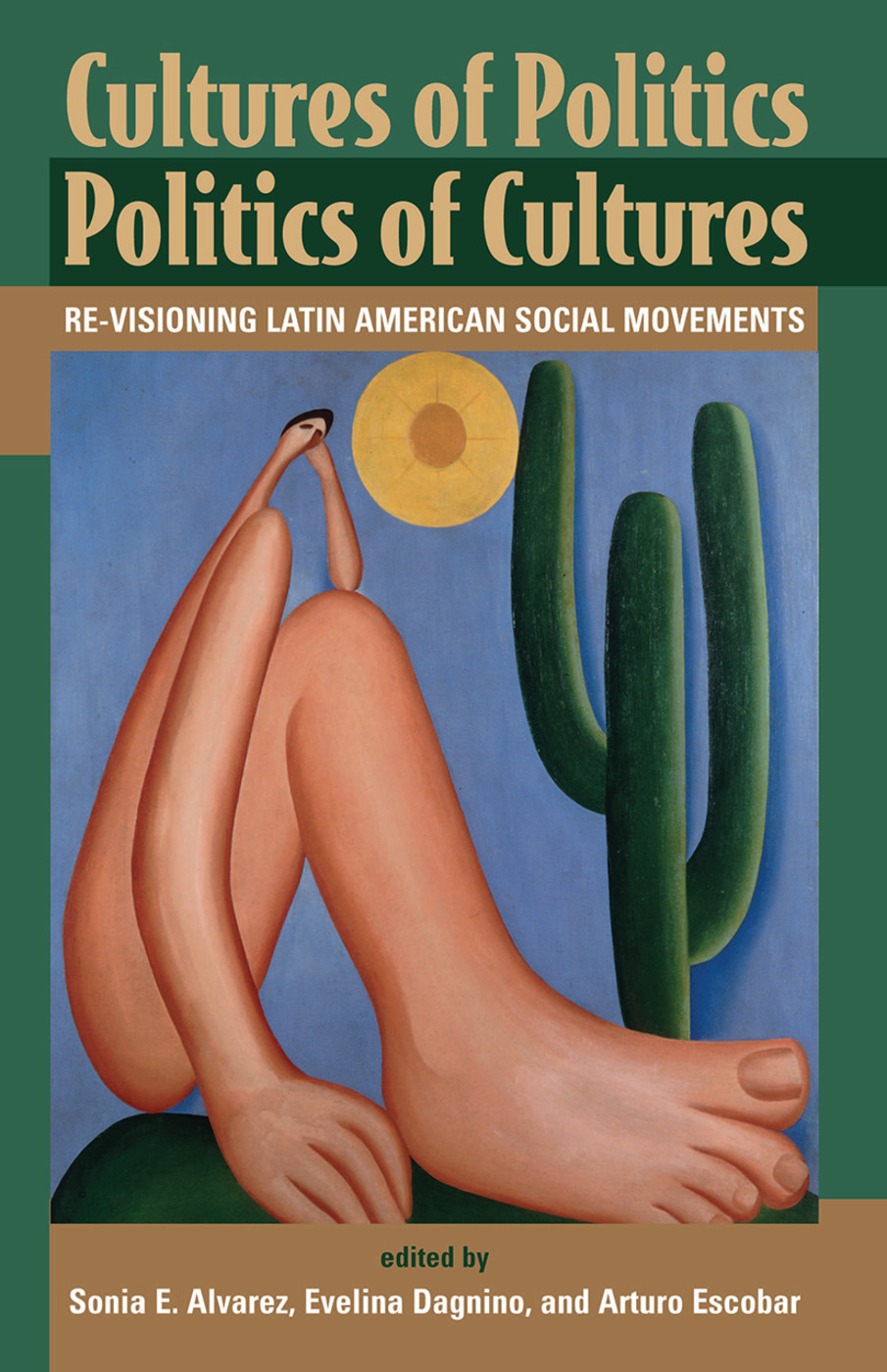 Cultures Of Politics/politics Of Cultures

Investigating the complex interrelations between culture and politics in a wide range of social movements in Latin America, this book focuses on the cultural politics enacted by social movements as they struggle for new visions and practices of citizenship, democracy, social relations, and development. The volume explores the potential of these cul

1 Introduction: The Cultural and the Political in Latin American Social Movements, PART ONE THE CULTURAL POLITICS OF CITIZENSHIP, DEMOCRACY, AND THE STATE, 2 Culture, Citizenship, and Democracy: Changing Discourses and Practices of the Latin American Left, 3 Social Rights: Conflicts and Negotiations in Contemporary Brazil, 4 New Subjects of Rights? Women's Movements and the Construction of Citizenship in the "New Democracies" 5 The Explosion of Experience: The Emergence of a New Ethical-Political Principle in Popular Movements in Porto Alegre, Brazil, PART Two THE CULTURAL POLITICS OF ETHNICITY, RACE, AND GENDER, 6 Ambiguity and Contradiction in a Radical Popular Movement, 7 Indigenous Movements as a Challenge to the Unified Social Movement Paradigm for Guatemala, 8 The Process of Black Community Organizing in the Southern Pacific Coast Region of Colombia, 9 Black Movements and the "Politics of Identity" in Brazil, 10 Beyond the Domestic and the Public: Colonas Participation in Urban Movements in Mexico City, 11 Defrocking the Vatican: Feminism's Secular Project, PART THREE GLOBALIZATION, TRANSNATIONALISM, AND CIVIL SOCIETY, 12 Latin American Feminisms "Go Global": Trends of the 1990s and Challenges for the New Millennium, 13 Cybercultural Politics: Political Activism at a Distance in a Transnational World, 14 The Globalization of Culture and the New Civil Society, 15 Rethinking the Spatialities of Social Movements: Questions of (B )orders, Culture, and Politics in Global Times, PART FOUR THEORETICAL AND METHODOLOGICAL REFLECTIONS ON THE CULTURAL AND THE POLITICAL IN LATIN AMERICAN SOCIAL MOVEMENTS, 16 Toward a Culture of Participation and Citizenship: Challenges for a More Equitable World, 17 Final Comments: Challenges to Cultural Studies in Latin America, 18 Third World or Planetary Conflicts?, 19 Where To? What Next?